This week, Santiago de Chile felt its first splash of rain in over 200 days, making this one of the driest years in half a century. Despite being home to some of the largest glacier reserves and highest volume of freshwater per capita in Latin America, Chile is predicted to have the greatest water stress in the western hemisphere by 2040, according to the World Resources Institute.

How could this be possible in such a politically-stable and resource-rich nation? It turns out that climate change – in the form of higher temperatures, lower precipitation and glacial retreat – is posing a monumental threat to the nation's water security. Adding to those challenges, Chile grapples with the third highest rate of inequality in South America, which means the poorest communities get hit hardest by bad crop yields, smoggy air, higher energy prices and limited water access. High water variability, compounded with high social vulnerability and an economic reliance on water-intensive export crops and mining operations, spells a bleak picture for Chile’s future.

In response to this existential threat, there's been a call to action from Chile's scientific community to utilize increasingly interdisciplinary and innovative methods to investigate the relationship between a changing planet and their nation.

Chile is a uniquely elongated and mountainous country–it stretches from the high-altitude and bone-dry Atacama Desert to the glacier-covered Patagonia fjords. The metropolitan region of Santiago, roughly in the center, is home to 7.2 million people, or 41 percent of the national population. Its semi-arid climate means the country is very sensitive to changes in precipitation and temperature—and intensifying droughts.

Chile's central region got a taste of this new drier and hotter reality in what scientists have deemed the Chilean “mega-drought” of 2010-2015. The coastal nation made it through, but at quite a cost. This historically unprecedented drought caused water reservoirs to hit record lows, the snowline to retreat up the cordillera and river flow rates to fall as much as 70 percent. Over this scorching five-year period, communities and farms across a 1,000-kilometer (621-mile) area between Coquimbo and La Araucanía saw 30 percent less total rain fall. Farmers reported shriveled or decimated crop yields, the national government declared a state of “agricultural emergency” for over seventy communities and many municipal governments called for water conservation—in some cases, going so far as to truck in emergency drinking water. 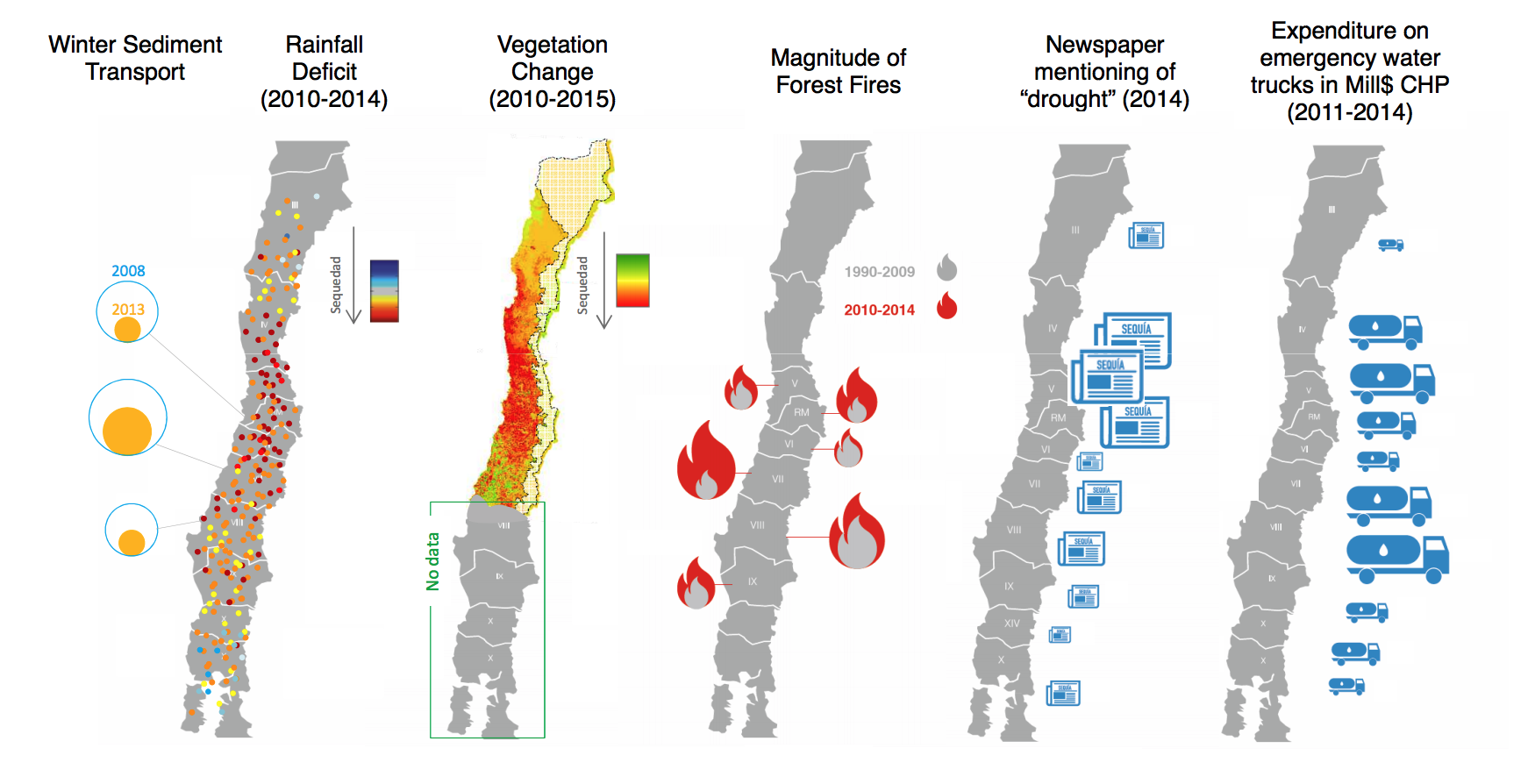 As the drought was drawing to a close in November 2015, Chile’s Center for Climate and Resilience Research (CR2) released a comprehensive Report to the Nation analyzing the root causes and ramifications of this climate disaster. The report presents the mega-drought as a premonition of Chile’s dry future. In coordinating the report, René Garreaud, a professor in the department of geophysics at the University of Chile, weaves together paleoclimatological data, meteorological trends, systems thinking, and public policy recommendations.

“If countries want to understand and solve complex problems there is no other way but having diverse and interdisciplinary groups.”

“The report crystalized the first attempt to do interdisciplinary research within our center by tackling a problem of major societal importance and scientific interest,” he told me. “By doing this report we strengthened our collaborative work and positioned the center as a reference in climate and resilience research in Chile.”

Laura Gallardo, a geophysics professor at the University of Chile and director of CR2, told me she sees the research group as distinctive by “combining excellence and relevance, and working in an interdisciplinary manner with a few touches of transdisciplinary research.”

Their team currently includes 69 researchers, and since 2013 they have graduated 47 undergraduate, 76 Master's and 26 doctorate students. Their lines of investigation converge around three central issues identified as the largest threats to Chile’s resilience: water resource scarcity, increasing urbanization and rapid land use change. 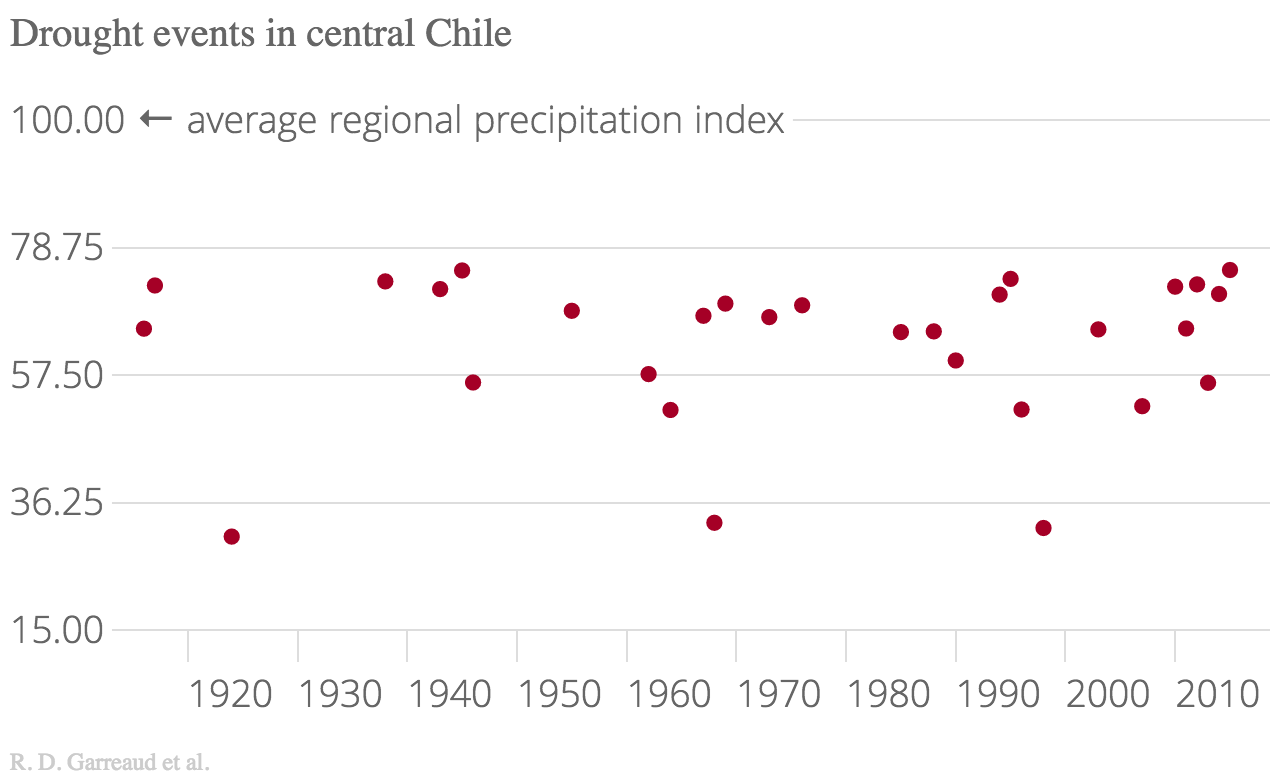 René Garreaud told me he is particularly excited about CR2’s forthcoming Reports to the Nation on “transversal problems” including urban air pollution, forest fires, extreme hydro-meteorological events, and coastal issues, such as algal blooms. Laura Gallardo also highlighted a forthcoming series of articles on the manifestations of the Anthropocene in Chile, which will illuminate regional examples of this new human-driven geological period and synthesize relevant political and scientific information.

CR2 has become a nexus of information and support for other climate researchers and enthusiasts. Their website boasts catalogues of publications and databases, as well as interactive climate and meteorology platforms that double as science education and research tools.

Gallardo sees gender diversity as integral to CR2’s research success; “the high representation of females makes us particularly diverse, which is an advantage.” Not only is the program directed by a female scientist, but 48 percent of its researchers and students, including four of the six principal investigators, are female—a proportion almost unheard of for professional scientific teams. Out of the seven Chilean scientists chosen to contribute to the IPCC Sixth Assessment Report, three are female CR2 scientists.

Gallardo added: “If countries want to understand and solve complex problems there is no other way but having diverse and interdisciplinary groups.” 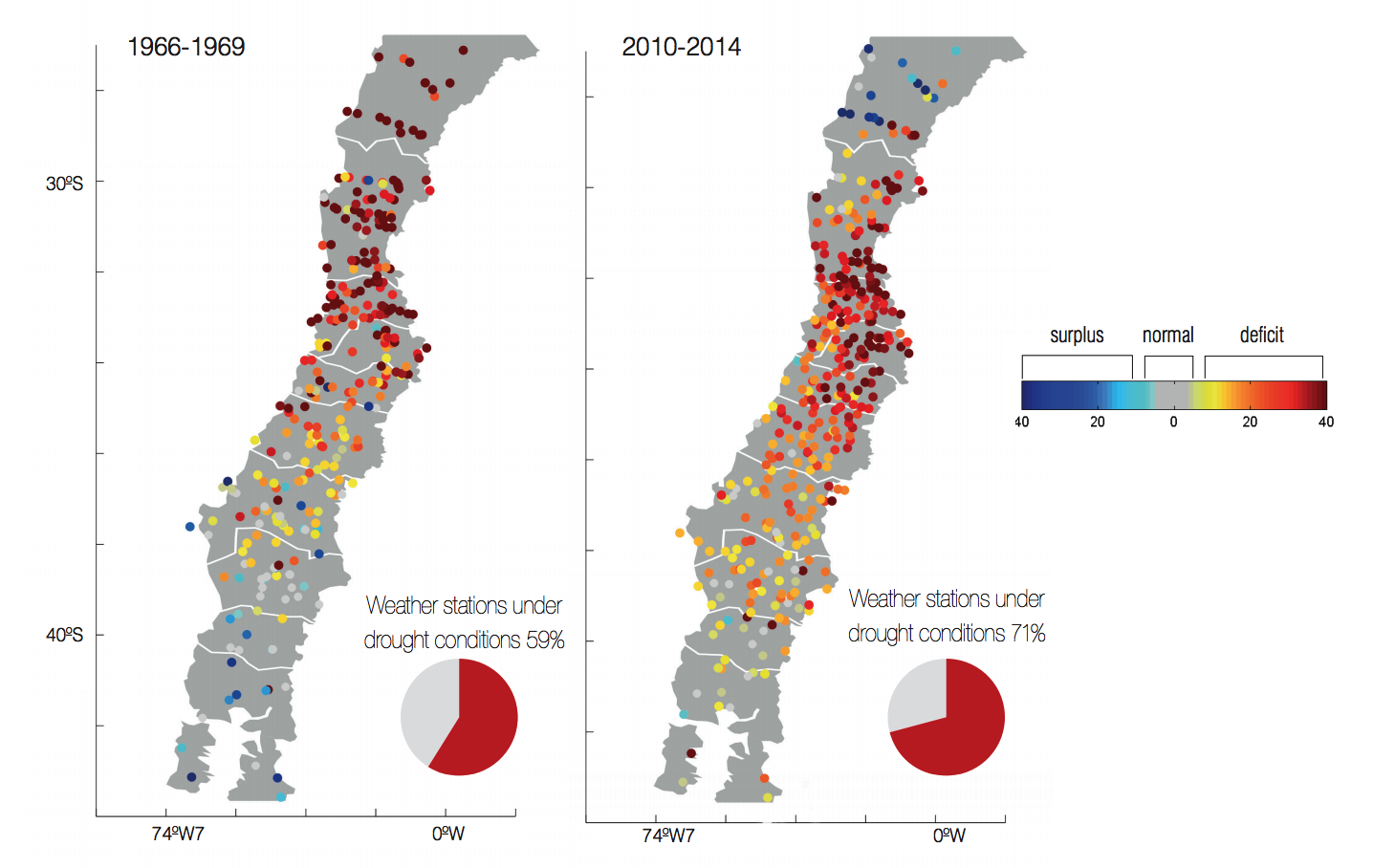 Following CR2’s lead, a new generation of interdisciplinary climate research groups is emerging in Latin America. The Interdisciplinary Climate Investigation Center is a near parallel in Brazil. This research nexus hosted at University of Sao Paulo includes 58 local researchers and 90 external collaborators. In Peru, trAndeS is a sustainable development and social inequality research collaboration between the Pontificia Universidad Católica del Perú (PUCP) and Freie Universität Berlin in Germany. The Plataforma Climática Latinoamericana provides a platform for exchanging information and ideas around the socio-economic-political realities of climate change in the region.

The vision CR2 is crafting for the future of climate research is needed now more than ever. As they conclude in Report to the Nation, “there are no magic solutions capable of conjuring up new water resources;” instead, profound structural changes are needed that take hold in a participatory way, incorporate traditional knowledge, and are sensitive to the vulnerabilities and adaptive capacities of our socio-ecosystems. To this end, they posit, we must more comprehensively strengthen our scientific and social knowledge.

Kate Cullen is currently a Fulbright Student Scholar in Chile researching glacier retreat and its implications for water security. She holds a B.A. from Wesleyan University in Earth & Environmental Sciences and History. Kate previously worked for the Union of Concerned Scientists on climate and energy issues, and is actively involved in UNFCCC international climate negotiations through Climate Policy Watch. Find Kate on Twitter at @katecullen_