“Daddy, Mommy! No more larvae in the house. I want to live and not die of dengue,” pleads a banner hanging from a soccer goal before dozens of children in an al fresco gymnasium in northern Colombia. They smile and play, innocent to the fact that children are some of the hardest hit by this mosquito-borne disease that is sweeping through Latin America and has even reached the southern United States.

In 2013, children made up more than half of Colombia’s 110,000 reported cases of dengue and almost half of the 129 people that died from dengue were under the age of fourteen. (Most who die do so when dengue worsens and becomes dengue hemorrhagic fever or shock syndrome). In Latin America, dengue cases doubled in 2013 from the year before, totaling almost 2.3 million cases with more than 1,200 deaths, according to the PAHO. 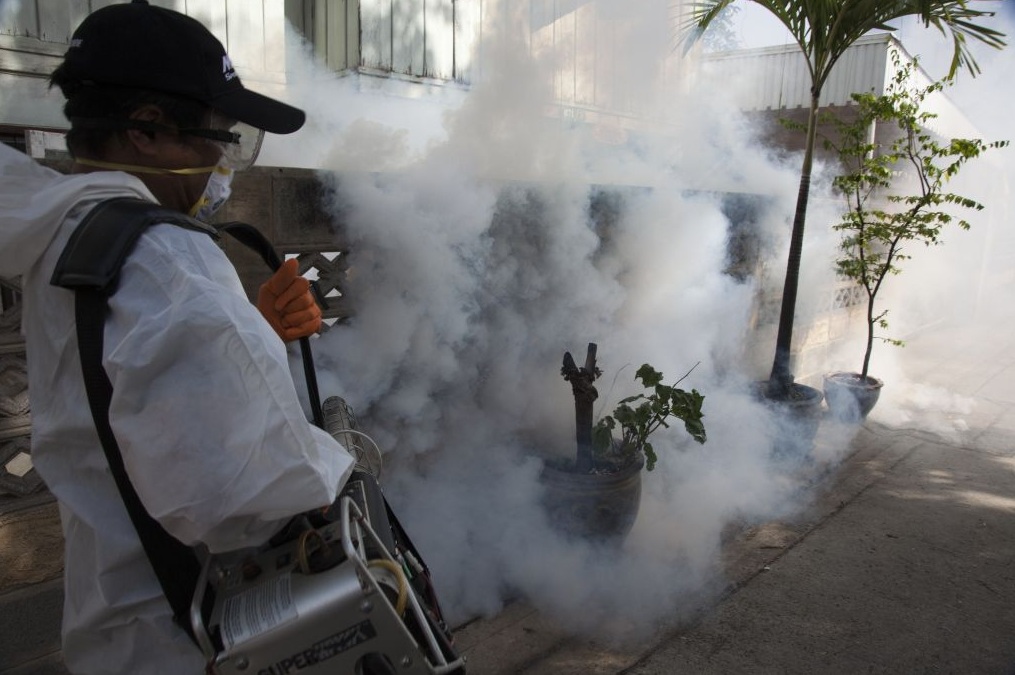 Health agencies throughout Latin America hope their dengue awareness campaigns will hit home and force parents to change their sanitation habits. Eliminating standing pools of water is the paramount concern. Old cans, plastic jugs, used tires and other containers holding stagnant water are breeding grounds for Aedes aegypti, the mosquitoes that carry the dengue virus. Mosquito larvae have even been found in plastic bottle caps.

To combat the march of dengue—which has spread through Brazil, Argentina, Paraguay, Bolivia, Peru, Colombia, Ecuador, Venezuela, Panama and Mexico—cities and towns across Latin America have set up mosquito spraying and community education efforts. But timing and effectiveness vary. Mosquito reduction strategies must be tailored neighborhood-by-neighborhood, city-by-city, country-by-country.

From there, the project has been moving full-steam ahead. As a choreographer, Woodruff says she typically chooses her music first, then begins to develop the piece during her free time, experimenting in the studio, in her bedroom and even (conceptually) during class. In the first weeks of the school year when The Bande was first forming, Woodruff attended the group’s jam sessions, both to get a feel for their developing musical style and to shape her choreography to fit it.

Standing around a cluttered room of a community clinic that was once meant to be a workout room, a Brazilian mosquito control team is in high spirits. Out of the dozen, a few are wearing camouflaged t-shirts with insignias sporting the slogan “War On Dengue.” With their help, the city of Sorocaba—an hour’s drive from São Paulo—has managed to keep dengue at bay ever since the disease became a problem for the country in the late 1990s. In 2010, while the entire country was hit with a wave of dengue that racked up close to one million cases, Sorocaba’s control team had managed to keep the number of cases to 365.

A mosquito control team member in Sorocaba, Brazil suits up to spray houses. “We were the only major city without an outbreak,” says Daniela Valentim, Sorocaba’s director of public health surveillance. “There was an expectation that we would. It never came.” Starting in 1999 before the waves of dengue hit southern Brazil, the city set up a proactive and preemptive plan that would combat dengue when it came.

“It was about recognizing that dengue was a problem that affected everyone,” says Valentim. The health sector’s proactive stance was echoed by the community. Soon the transportation sector was doing its part to eliminate standing water at depots and bus stops. “This maturity and cooperation was important to improving the way we face dengue,” Valentim explained. Sorocaba started investing in technology and manpower to track dengue cases and choke off the infected mosquitoes at their breeding grounds.

Gone are the days when DDT was used to control dengue-carrying mosquitoes. Today, a less toxic and weaker insecticide called malathion is used. And rapid response helps. When a patient who is suspected of having dengue fever comes into a hospital or community clinic, blood is drawn and sent via motorcycle—called ‘motoboy’ in Brazil—to the state-run infectious disease laboratory downtown.

If dengue-positive, the patient is notified and Sorocaba’s mosquito control group gets to work. They use GIS mapping to pinpoint the confirmed case to the city block level and set up a 200-meter perimeter. Within 48 hours they dispatch a mosquito eradication taskforce to the flagged zone. On their white vans is emblazoned a giant logo of a mosquito in crosshairs.

Three-man teams ring doorbells, peek over fences and talk to the residents about moquito breeding habitats and sanitary practices. They ask how many bathrooms there are in the house and how often they’re used. They point to buckets and discarded cups. On the second visit and with the residents’ permission, they spray houses, patios and backyards.

Climate change and dengue Exacerbating the spread of mosquitoes is something more difficult to control than standing pools of water and education in communities—a warming climate. Rising temperatures and heavier rainfall are creating conditions more hospitable to the mosquito and this has public health officials in Latin America worried. With climate change, their jobs may get a whole lot harder.

Researchers studying dengue in Mexico have projected an increase of up to 40% in dengue incidence due to climate change. Writing in the journal PLOS Neglected Tropical Diseases, they used statistical models to trace historical weather patterns against dengue reports and extrapolate that dengue rates could be exacerbated by temperatures above 18°C and below 32°C and by rainfall of up to 550 mm (21.6 inches).

“Female mosquitoes bite more frequently when it’s hotter” Not only are hotter and wetter climatic conditions more hospitable to mosquitoes looking for breeding sites, it also affects their physiology. “Female mosquitoes bite more frequently when it’s hotter,” explains Mary Wilson, an infectious disease researcher at the Harvard School of Public Health. Warmer temperatures also speed up the incubation period for the dengue virus inside the mosquito, she says. Typically after the insect is infected, the virus has to move within the mosquito and reach the mouthparts before it can be trasmitted to another person. 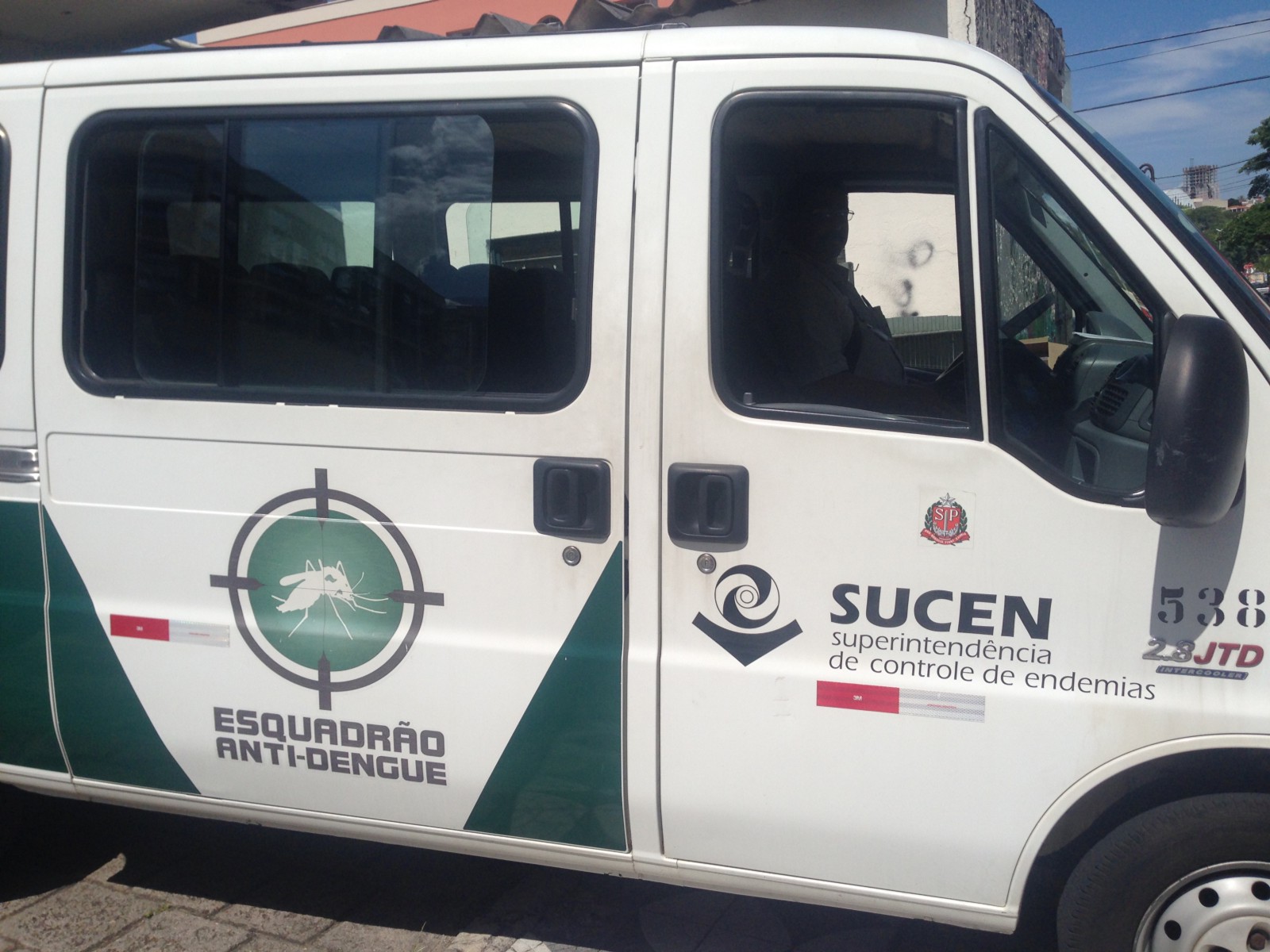 “This is highly dependent on temperature,” Wilson explains. “When the temperature is about 30°C, this takes almost two weeks to occur. If temperatures are around 35°C, it occurs in a week.” Which means more transmission and more infection.

Equally worrisome perhaps is how well adapted the dengue-carrying mosquito is to cities, which in Latin America are feverishly expanding. “It’s the perfect urban mosquito,” points out Wilson.

“Other mosquitoes would just as likely bite a horse. This one really likes humans.”

The spread of mosquitoes and dengue will no doubt be aggravated by Latin America’s rapid urbanization and poor housing quality. Without access to running water, people start using storage containers and tanks which creates more breeding habitats for mosquitoes, explains Berlin Londono, a post-doctoral researcher studying viruses like dengue at Lousiana State University. Londono points out that though control measures have worked in certain places in Latin America, some of the most affected areas have a shortage of resources for insecticide treatment and other basic control measures.

In her native Colombia, 90% of the population lives in places susceptible to dengue. A comprehensive mosquito control effort is near impossible. Her country faces a huge challenge in protecting its citizens—including schoolchildren—from an insidious disease. But, says Londono, “we have to remember that the epidemic is not restricted to Colombia, it has spread throughout Central and South America.” The public health response must be just as extensive.

Pannunzio, the mayor of Sorocaba, knows education is the most effective tool his health department has. Anti-mosquito squadrons and insecticide can only go so far in combating dengue. Public perception must be swayed through education. “People don’t perceive the size of this problem,” he says. “We’re only going to take on dengue by working before Aedes aegypti starts spreading.”

Aleszu Bajak is founder of LatinAmericanScience.org. He is a Knight Science Journalism Fellow at MIT and former producer with NPR’s Science Friday. He recently spent three weeks in Brazil with support from the Knight program and the Harvard Global Health Institute. His writing can be found at aleszu.com. Follow him on Twitter @aleszubajak.