How drones are improving marine science research in Ecuador

Drones have become an influential part of scientific research, including studies on marine ecosystems. In fact, researchers around the world working in marine environments have identified the enormous potential in the use of drones. This technology has allowed for improved data collection in terms of quality and spatial scale. Additionally, drones – or unmanned aerial vehicles (UAVs) – have allowed for more accurate data collection that is significantly less invasive to targeted marine life. However, many challenges exist as to the application of these technologies in the field.

The CETACEA project in Ecuador started using UAVs in 2017 off the northern coast of Ecuador in the Marine Reserve Galera San Francisco and near the Bajos de Atacames, Esmeraldas. These areas are considered important reproduction and breeding areas for humpback whales. Back then, we were capturing aerial footage of humpback whales for scientific and educational purposes in the form of short videos. In the 2018 season, we proposed using drones to generate our project’s first documentary. We flew the UAV from the same fiberglass boat that our other whale research was conducted in. 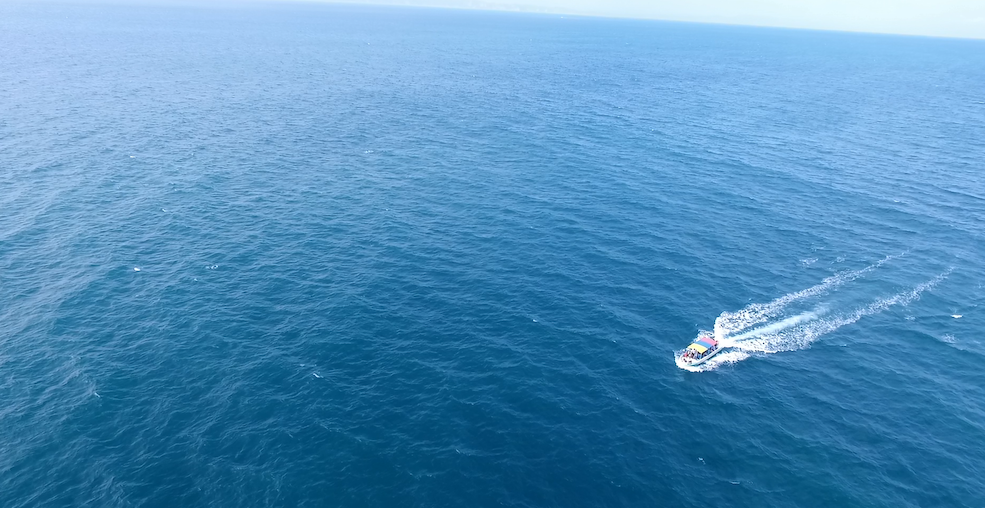 Figure 1: Our research boat during our biological monitoring of humpback whales 2018.

The Shark UAV Project, which started in November of 2018, carried out exploration flights around multiple islands in the Galapagos Archipelago. The main purpose of these drone flights is to document high concentrations of juvenile sharks to identify nursery areas. We started this research to find an alternative method of defining these areas compared to the more traditional method of gill net setting around San Cristobal Island. We launched the UAV from a small fisherman’s boat, as we did in the CETACEA Ecuador project. 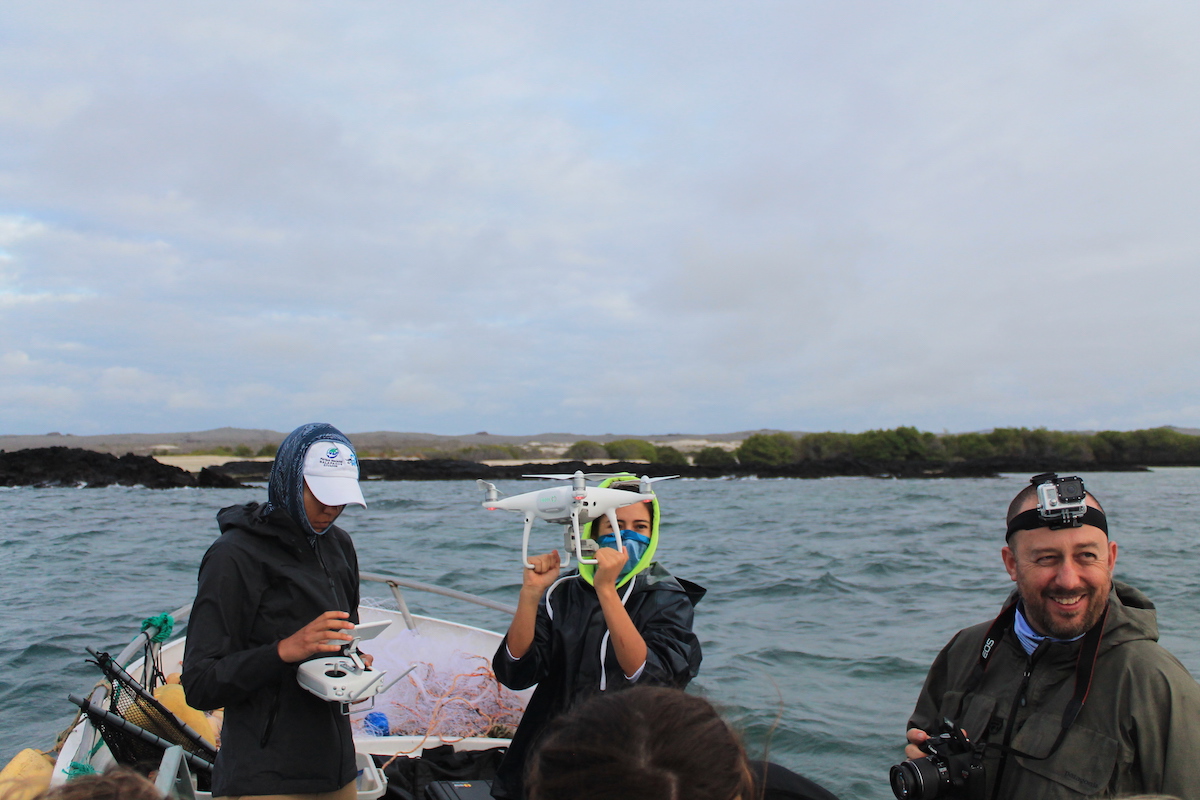 Figure 2: The first drone survey conducted with the shark research team in November of 2018. The drone used, a Phantom 4 Pro, can be found on the consumer market. Photo: Ángela Palomino.

There is enormous potential in the use of drones for marine research as this technology has allowed us to gather better data over larger areas. For example, reviewing audio-visual materials in the Whale Project, social group images motivated us to generate new research ideas about behavioral ecology. We also see potential for understanding whale social groups in the reproductive areas at north coast of Ecuador. 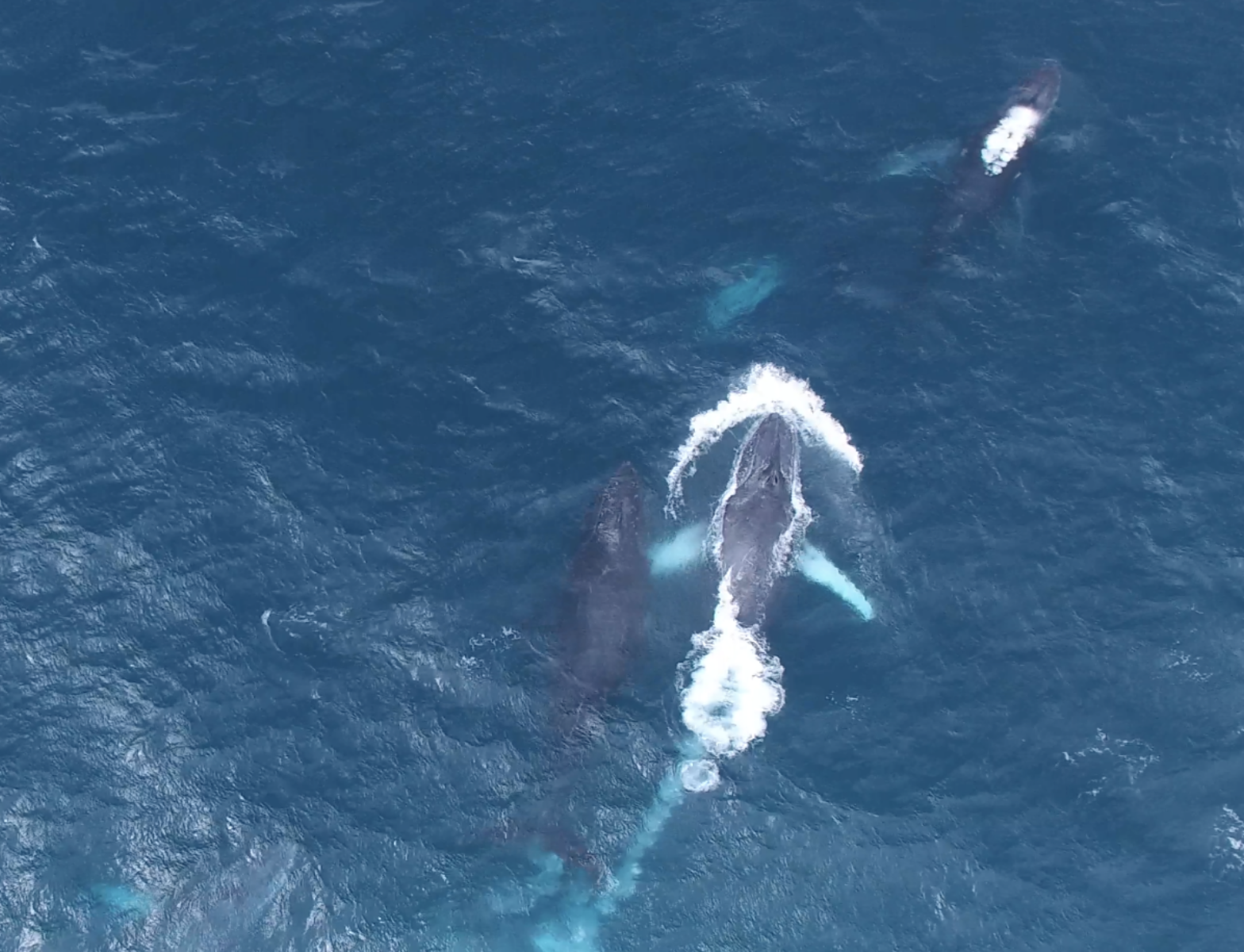 As the Shark project progressed, we found that drones not only provide a more accurate view of juvenile shark abundance in these areas, they also do it with less habitat disturbance and less risk to different marine species. This technology has proven especially useful during the juvenile shark pupping season. This was not only a successful trip for the juvenile shark project, but also for many other projects involving sea turtle, marine iguana and sea lion populations on the majority of the islands visited. 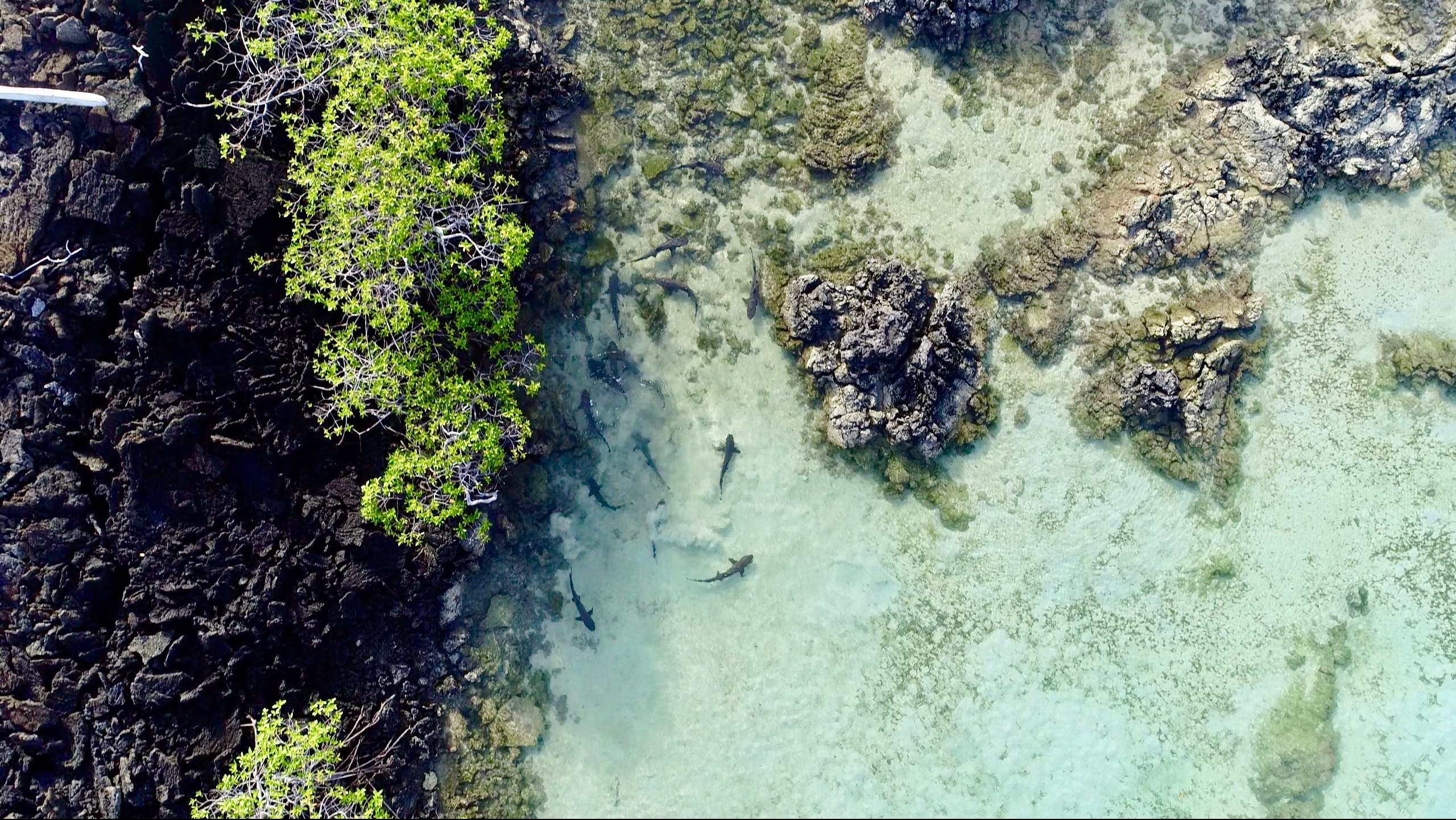 Figure 4: A group of adult whitetip reef sharks taking a nap in one of the juvenile shark survey locations. This species was commonly found in the same areas as our target species, the blacktip shark.

Be prepared for setbacks

The use of UAVs in the marine environment has found its way to the Galapagos as well as the coast of Ecuador, where studies of sharks and large whales have benefited from the technology. Both preliminary studies have proven promising, though they have not come without failures as the logistical challenges increase which is normal when these technologies are being experimented with in marine environments for the first time. While the environmental variables may present obstacles to drone use, this reality has not stopped our research initiatives – the Shark Project and CETACEA Project – from benefiting heavily from the new possibilities that drones represent. 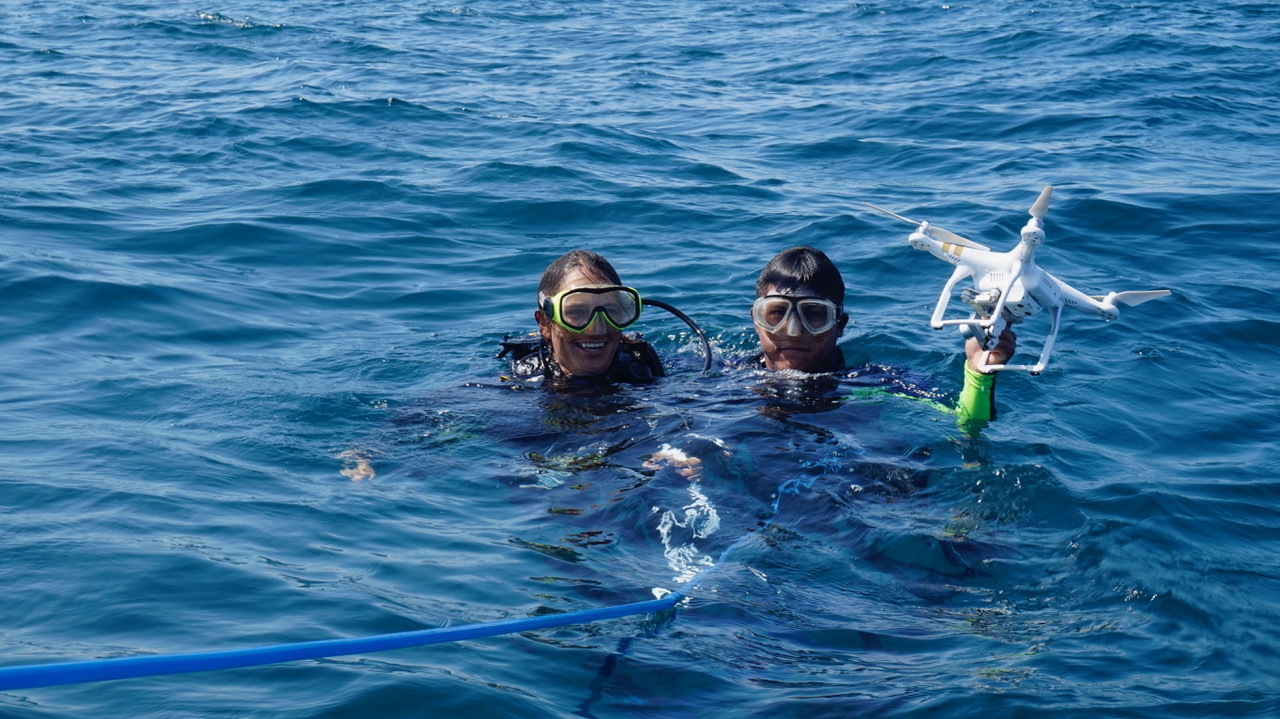 Figure 5: Drone recovery with the help of native fishermen and scuba divers. The priceless files on the memory disk were recovered and screenshots were used for this photo essay. Foto by Javier Oña. 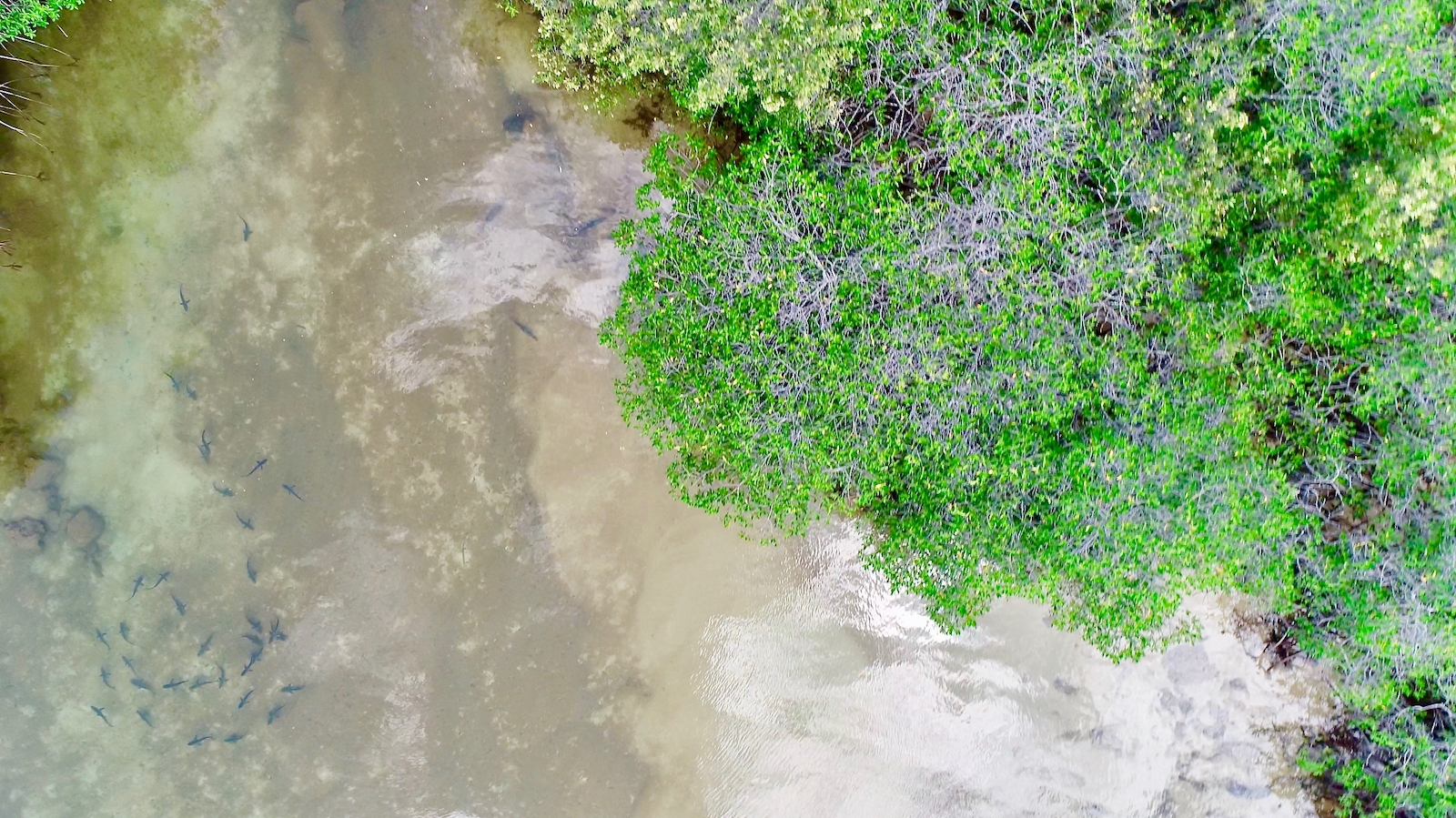 Figure 6: A large group of juvenile blacktip sharks. This was the first instance capturing a group defense mechanism by the sharks from the air. We believe these juveniles were grouping together for protection from larger fish found in the lagoon.

Despite setbacks such as drones lost in salt water, we have been able to continue our drone surveys in both projects. Preliminary results suggest that drone surveying may soon become a preferred method of abundance surveying of shallow or pelagic water marine megafauna. Additionally, there is room to expand our research further than previous methods, both spatially and temporally. And, in the process, we will have captured habitats, movement patterns, and behaviors not previously encountered and documented in these areas. The photos alone are outstanding from both a research and science communication standpoint. The drone work taking place in coastal Ecuador and the Galapagos Islands is showing the potential for rapid adoption and expansion to the study of other marine species across Latin America. 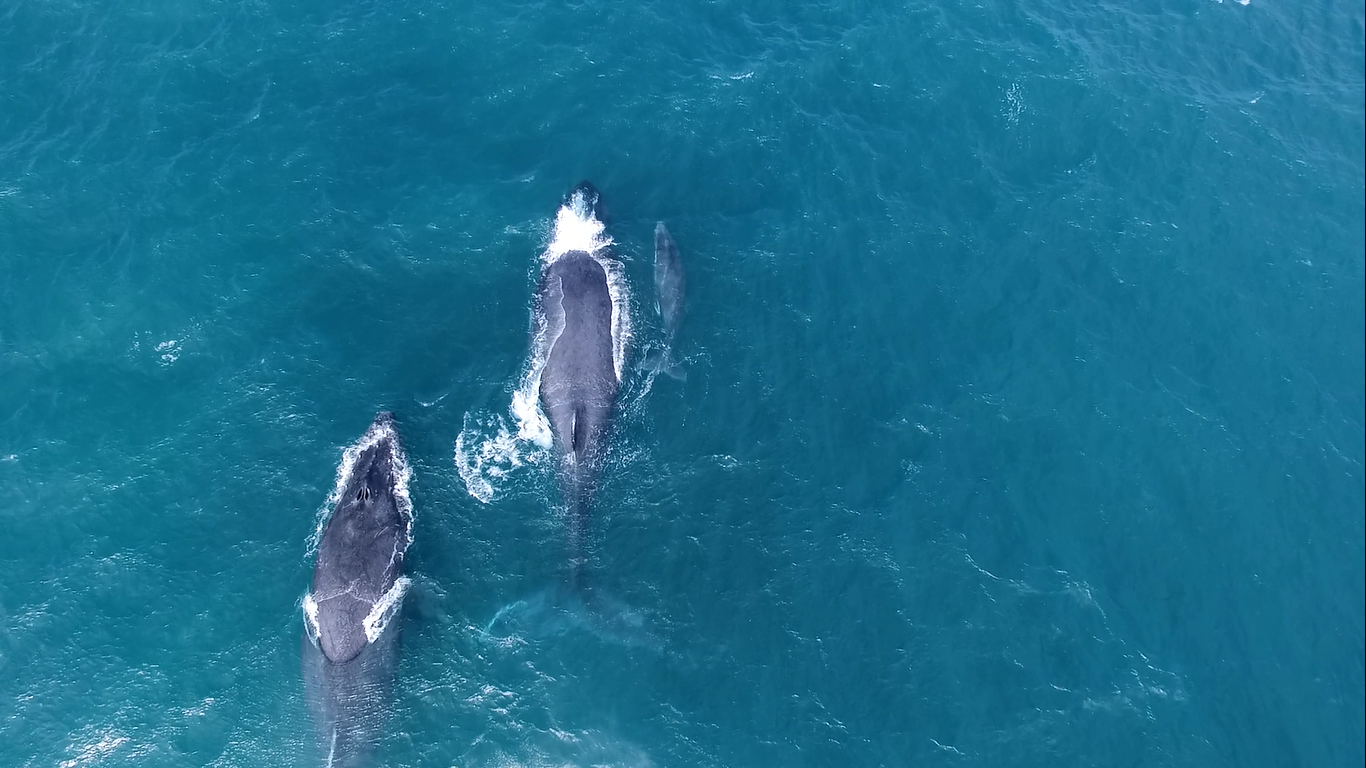 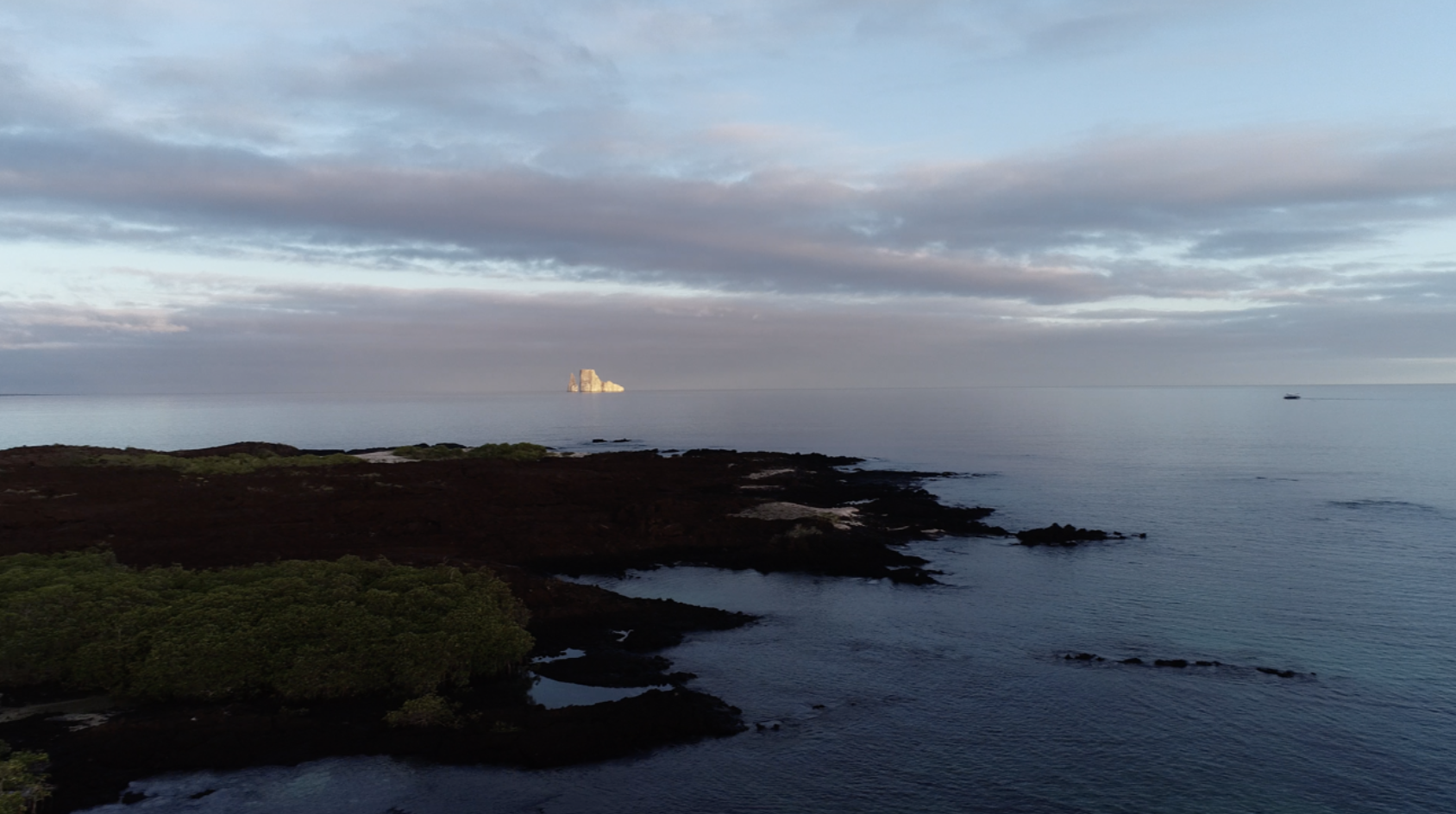 Unfortunate events like losing the drones to water, aside from exposing us to this uncomfortable situation, allowed both projects to improve the protocols for the implementation of new scientific research proposals. For example, our next steps will be to train other young scientists as drone pilots and promote the use of drones to monitor the behavior of other marine species such as whale sharks, sea turtles, marine iguanas, sea lions, and large whales in places not yet explored.