Mexico is one of the world’s few mega-diverse countries. A mountainous scaffolding is overlain with hard to believe numbers of arid, tropical, and temperate plants and animals, most found nowhere else in the world. Accordingly, an impressive conservation framework has been established in short order with more than 174 natural protected areas currently managed by the countries Commission for Natural Protected Areas (CONANP), a government entity that just saw its 20th anniversary with much to be proud of in such a short period.

When a natural protected area is established we are keen to assume that those plants and animals within the reserve boundaries are buffered from external degradation. However, an onslaught of environmental calamities – like the Río Sonora mine spill, the impact of unchecked private development on mangroves in Cancún, and poor oversight – continues to imperil and denigrate Mexico’s natural capital. More concerning, large scale mega-development projects increasingly target the very areas already set aside by the nation’s elected leaders as lands critical to maintaining Mexico’s biodiversity.

Among the most expansive threats is open pit mining. Open pit gold mines pose multiple ecological threats aside from the direct destruction of habitat. They include, but are not limited to, cyanide poisoning of aquifers, leaching of diesel and other contaminants from machinery spills and arsenic used for gold extraction, and the looming threat of toxic spills from breached containment ponds. But a new era of responsible mining that accepts the importance of geologic resources to society seeks to minimize these risks through rigorous risk analysis. Using precautionary principles, projects should minimize the probability of catastrophes to essentially zero and maintain an intrinsic and fundamental respect for the natural heritage of the nation, the rights of local populations, and the right of future generations to inherit a healthy, clean, and productive environment. 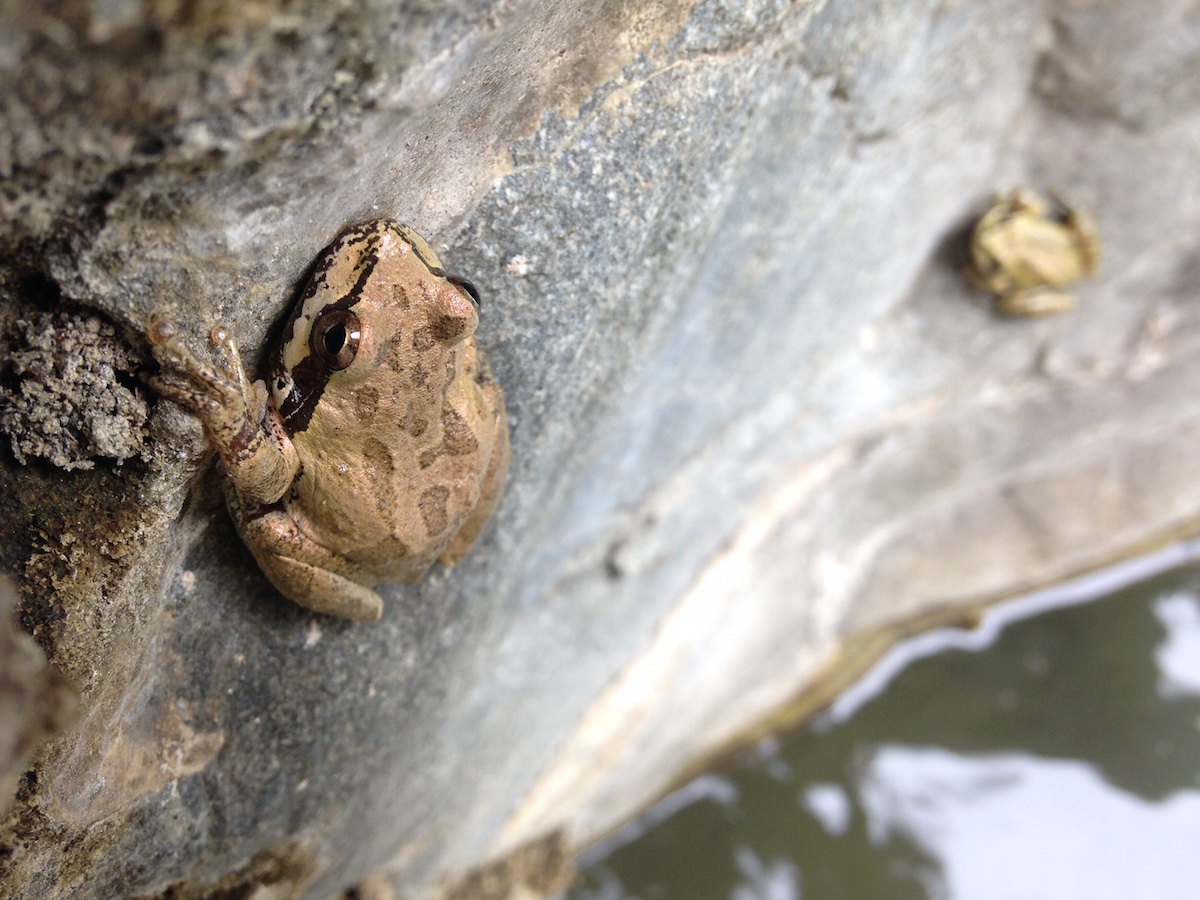 As is frequently the case, when the mining company Desarrollos Zapal, a subsidiary of the Invecture Group with links to TV Azteca, first proposed the open pit gold mine Los Cardones in 2009 in the buffer zone of the UNESCO and Mexican designated Sierra La Laguna Biosphere Reserve, little was known about the biodiversity of the region. This was despite a 984 page environmental impact statement which seemed to vastly underrepresent the biodiversity of the species-rich Sierra La Laguna.

To assist decision-making in an impartial way, a team of 29 international scientists was spear-headed by one of Mexico’s acclaimed conservationists, Dr. Exequiel Ezcurra, and organized by the Next Generation Sonoran Desert Researchers. The team included specialists in multiple disciplines from 19 different institutions, which conducted a biodiversity survey inside the project footprint, in collaboration with CONANP. The multi-day bioblitz documented the presence of more than 877 species, including 381 plants, 29 mammals, 77 birds, 366 insects, and 24 reptiles and amphibians. The majority of this diversity was found associated with the La Junta riparian system, demonstrating the importance of water at the core of the proposed mine site.

Only 1 percent of the species found in the proposed Los Cardones mine site are protected under the NOM-059, despite more than 12 percent being endemic

The environmental impact statement for the mine approved by Mexico’s Secretariat of Environment and Natural Resources (SEMARNAT) on June 12, 2014 included just 220 species. That’s just 25 percent of the biodiversity documented by the research team (726 Omissions), and 11 percent of the total estimated diversity. The research team stresses that while hundreds of plants and animals were documented, the results represent just a fraction of the true diversity of the site (especially for insect diversity). A conservative estimate would double the numbers of species in the project footprint, and the true number may well exceed 2000.

While these results overwhelmingly speak to the need for more accurate environmental impact statements to protect the rich biodiversity of the region, they also highlight the documentation of surprisingly few species listed as endangered (listed on the Mexican endangered species list; NOM-059-2010). Only 1 percent of the species found in the proposed Los Cardones mine site are protected under the NOM-059, despite more than 12 percent being endemic. The team wondered, with so many narrow locally endemic taxa, why are so few were protected? 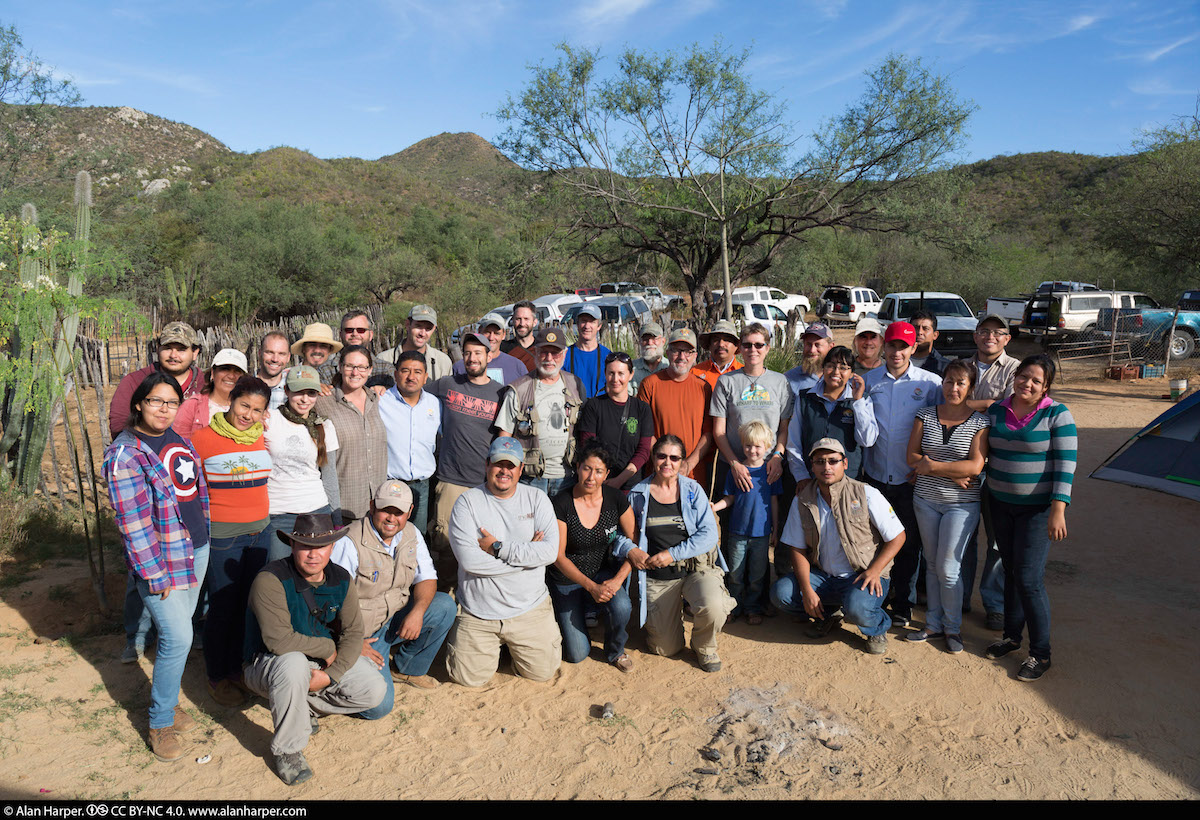 It is clear that the protection of species, more often than not, is driven by perceived threats. The species petitioned for inclusion on the endangered species list tend to be those that are considered the most at risk. Researchers have assumed, just as the rest of society, that the plants and animals in biosphere reserves are ‘safe’ and not in need of listing as endangered. Yet, we are rapidly becoming aware that this is unfortunately not the case. There is a vast disparity between the high number of rare and endemic species and the endangered species list taken into consideration by the federal government. When the biosphere reserve is indeed vulnerable to threats of considerable magnitude the majority of species are not protected or even considered. Not only are the species then vulnerable, but so is the reserve itself due to the appearance that it contains few of the most endangered species.

Today’s conservation community faces innumerable challenges, and has historically focused efforts in response to threats. Due to the quick and unrelenting appearance of mega developments and that legislative processes are often protracted, conservation actions need to be predictive. Even if there is a mechanism to legally address conservation threats, frequently there is not enough time for it to be effective. Support must be given to strengthen existing protections (such as Natural Protected Areas, Biosphere Reserves, and the Mexican endangered species lists) to ensure the effectiveness of the protection that they render. Proactive steps are needed to better account for and take into consideration the wealth of biodiversity within Mexico’s natural protected areas. Such efforts will maintain the biodiversity and ecosystem services already recognized as vital to the nation so that future generations may continue to benefit from and be proud of a mega-diverse Mexico.

Sula Vanderplank is a botanist and conservation scientist. Vanderplank is a biodiversity explorer with the Botanical Research Institute of Texas and adjunct researcher at the Ensenada Center for Scientific Research and Higher Education (CICESE).

Benjamin T. Wilder is a botanist and desert ecologist with a focus on linking science and conservation in the binational Sonoran Desert. He is a research scientist at the University of Arizona and director of the Next Generation Sonoran Desert Researchers.

A full report on Arroyo la Junta can be read in English here and in Spanish here. Cover photo by Ralph Lee Hopkins with aerial support by LightHawk.