In Mexico’s Yucatan peninsula, tourism development is closing in on the Selva Maya, the home of the great jaguar, Panthera onca, which like other species has been cornered by poaching and development. In fact, its conservation has been declared a national priority in Mexico and numerous research efforts are underway to study its movements and behavior to improve land planning decision making.

As part of one of these research projects, Alberto González-Gallina and colleagues from the Autonomous University of Tabasco monitored the movements of a male jaguar who roamed Playa del Carmen, a popular tourist destination. Tracking the animal for several months, the researchers found that the animal had a home range between 16.22 and 97.6 square kilometers and for several months did not exceed a radius of 17 square kilometers. To date, it is the smallest range reported by science for a jaguar. 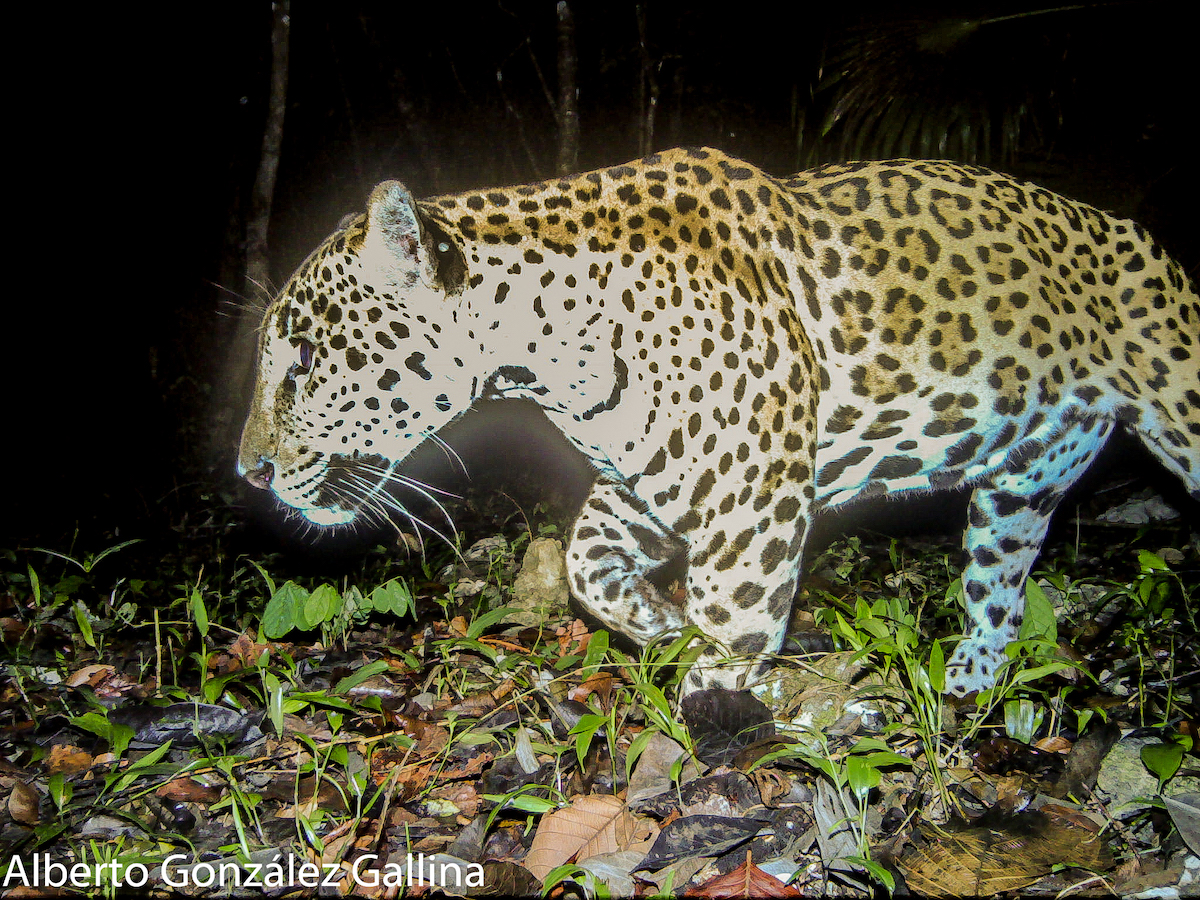 How is it that the largest cat in the American continent, which has a home range of up to 380 square kilometers, reduced its living space by 95 percent?

As it turns out, the movements of this individual are associated with a large landfill. For a year, the researchers tracked the jaguar’s movements with a satellite collar and found that the concentration of points in the center and along the periphery of the landfill was remarkable. Its core range was 2.5 square kilometers with minimal variation throughout the year.

“It was amazing for us. We did not expect it,” says Dr. Mircea Hidalgo-Mihart, a co-author of the study. “There are locations in the middle of the landfill at noon. And not one, many.” 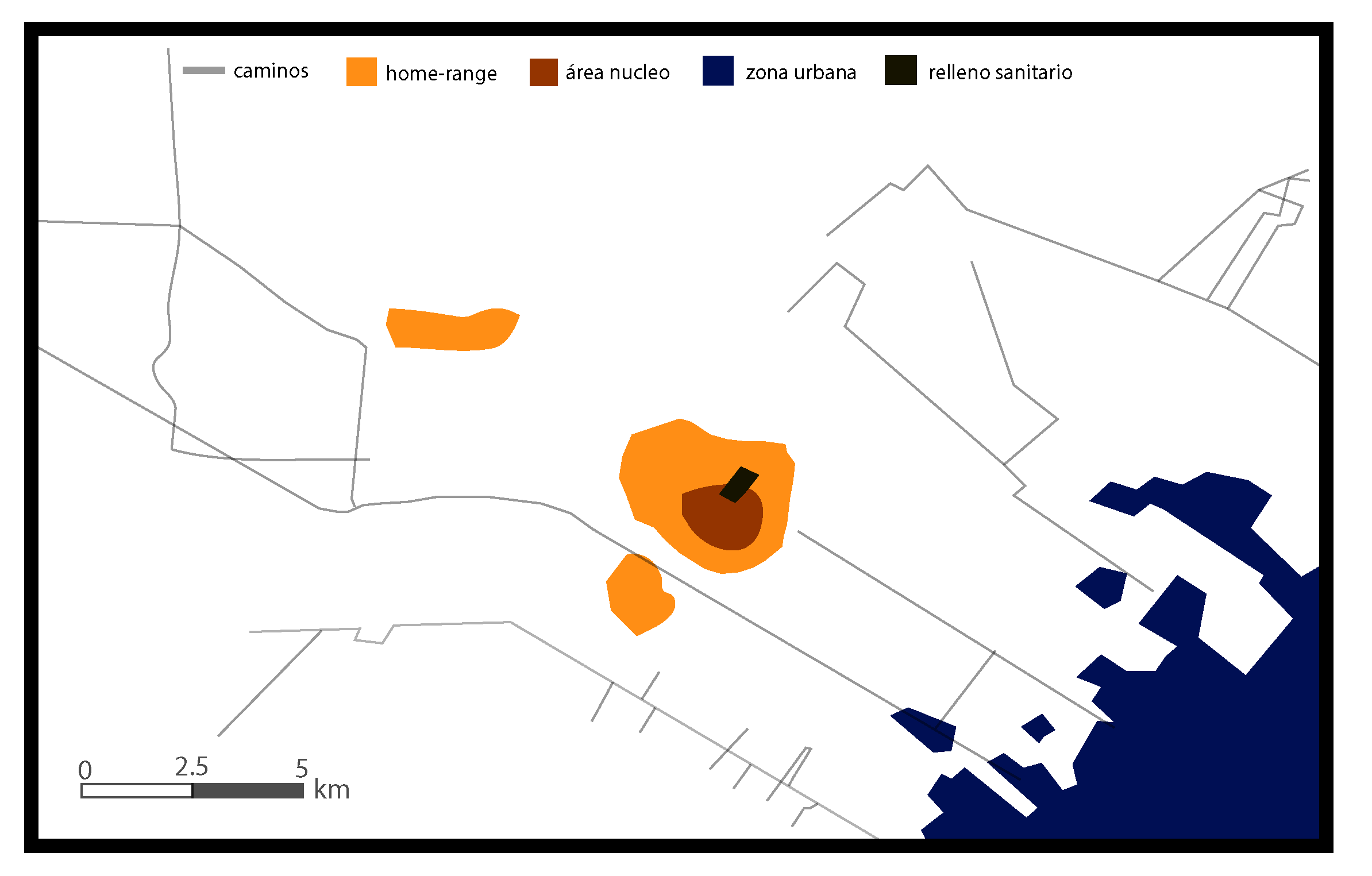 Approximation of the home range of the Playa del Carmen jaguar in the dry season. Modified from Gonzáles-Gallina et al. (2018).

The beaches of the Mexican state of Quintana Roo are some of the most important tourist attractions in Mexico. More than 96% of the state’s economy depends on tourism and over 6 million tourists visit per year. The result is predictable. In 2002, Playa del Carmen had the largest population growth in all of Mexico, as Mexicans flocked to the area in search of jobs in tourism. In 2014, the state had the highest rate of deforestation in Mexico.

In 2014, the Mexican state of Quintana Roo had the highest rate of deforestation in the country.

These pressures not only affect the jaguar, but also the prey that it feeds on. Human expansion is a double-edged sword: urban growth destroys the habitat that many species depend on, while also opening up attractive ecological niches for other species. The 650 tons of daily waste created in the area becomes a reliable source of food for many animals like vultures, dogs and coatis. Those become easy prey for jaguars.

But while this jaguar’s behavioral changes are surprising, they're not necessarily alarming, say other researchers.

"It's good that they documented it with data," says Dr. Eduardo Naranjo, a researcher in ecology and wildlife conservation at El Colegio de la Frontera Sur in Chiapas. "We have to open our minds to the possibility that many wild animals are adapting to new conditions, each day more urbanized, and are taking advantage of opportunities like this: easy food." Naranjo believes that this finding is part of a trend. If so, it will be necessary to closely observe the possible implications that these behavioral changes may have on the species. 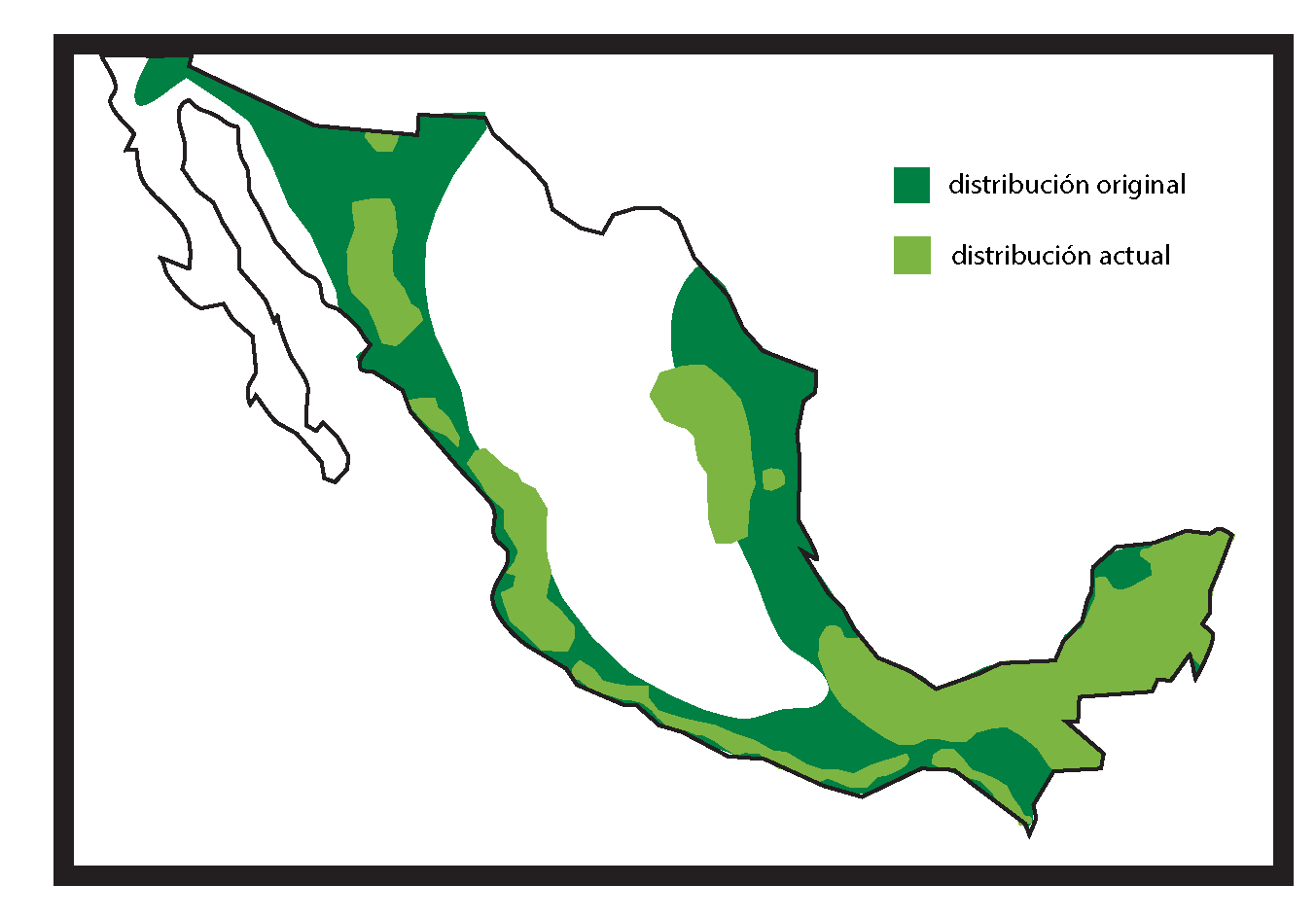 Approximation of the original and current distribution of the jaguar (Panthera onca) in Mexico. Modified from Chavez et al. (2006) and Sanderson et al. (2002).

What other consequences might unfold? Many dogs and animals that frequent the garbage dump carry diseases that could be transmitted to wild species. Indeed, some experts are already warning of the repercussions that this behavior could have on the health of the jaguar. On the other hand, although for many years it is common for these large cats to prey on cattle, their proximity to human centers has increased considerably in recent decades. Five years ago, the National Commission of Protected Areas was forced to relocate a jaguar that was hunting a large number of dogs close to Playa del Carmen. Now that other individuals frequent the landfill, could poaching increase in the area?

The last National Census of the Jaguar and its Prey shows that in recent years the jaguar population has increased by almost 20 percent. Just as the jaguar has shown ability to adapt to his changing environment, scientists hope that society and authorities will respond to conservation challenges with the same capacity.

Clara Migoya is an environmental scientist trained at the National Autonomous University of Mexico who is currently doing a Masters in Journalism at the University of Arizona.