How do cities cope with periods of severe drought? Some have mitigated the impact by taking steps such as water rationing and desalination, among other measures. One of these cities is Los Angeles, California. Facing a relentless drought and rationing measures implemented in some areas of the state, California recently deployed an innovative method called the shade ball. These plastic balls, meant to flood the surface of reservoirs and block out sunlight, are not new—they were implemented for the first time in 2008.

Shade balls are made of ​​plastic resistant to high temperatures (120-180° C) with a diameter of four inches and weighing 245 grams. According to the Los Angeles Department of Water and Power (LADWP), they were employed to reduce evaporation in the city’s reservoirs by preventing sunlight from coming into direct contact. They also have public health implications. By preventing sunlight from reacting with bromide and chlorine in California’s reservoir water, the shade balls prevent the formation of bromate which in drinking water can be carcinogenic to humans (Vara-Orta, 2008).

However, is the use of these shade balls the only way to prevent evaporation or problems with water quality in reservoirs? Definitely not. Countries such as Australia, Brazil and Japan have employed an interesting solution that also generates power—floating solar panels. 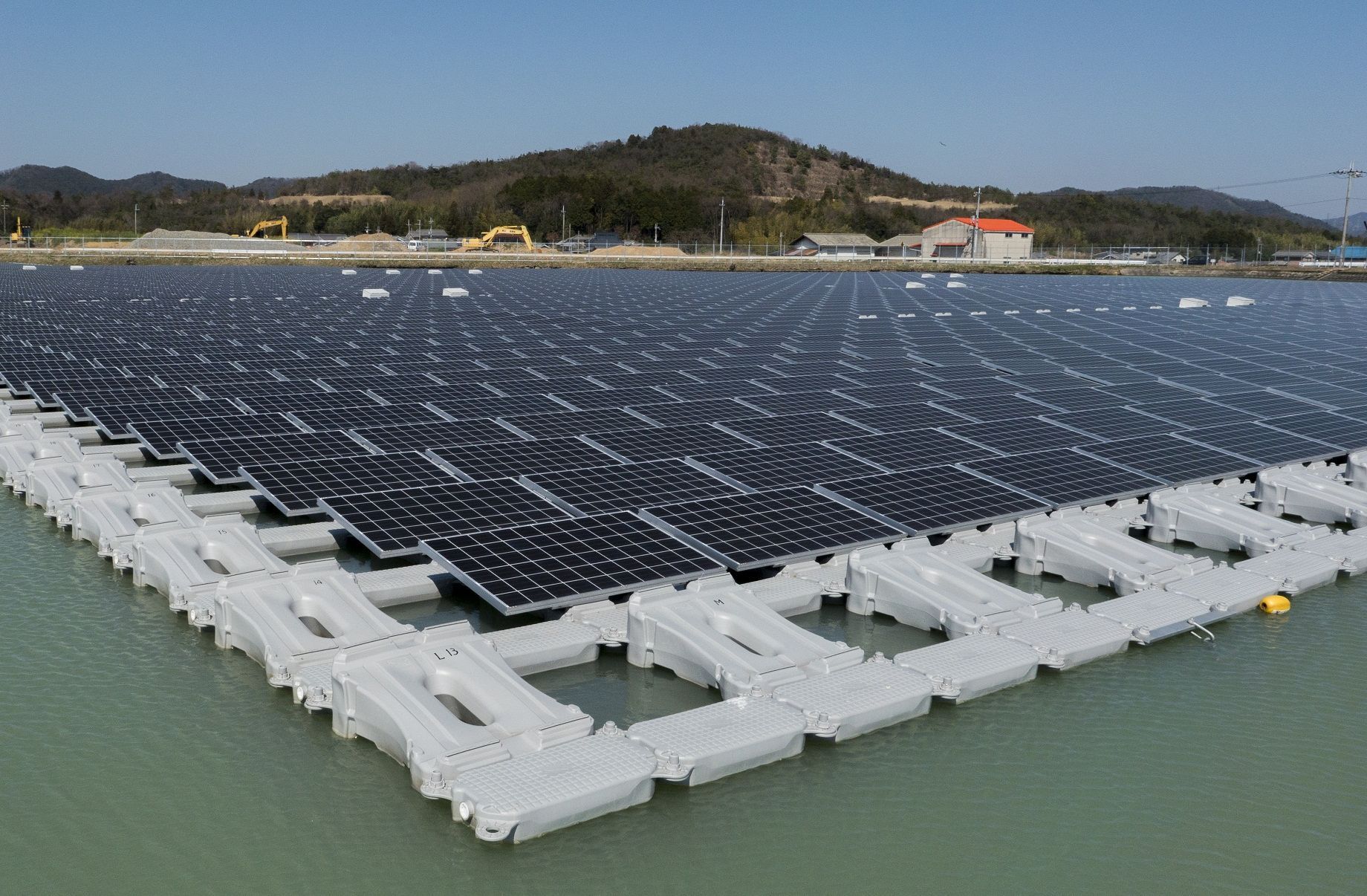 Australia, Brazil and Japan are experimenting with floating solar farms.

Australia is building a floating solar power plant that will generate 3.5 MW of electricity to not only supply a water treatment plant, and likely generate more electricity than this facility needs, but also keep the water free from algae formation while maintaining water quality and keeping up with utility demand. The company in charge of project development, Infratech Industries, alleges that because the surface is water, solar panels operate at top temperatures.

Infratech Industries in Australia alleges that because the surface is water, solar panels operate at top temperatures.

The power generation sector is one of the most polluting for the environment and is a major contributor of greenhouse gases (GHGs). Among the least polluting energy is hydropower which is classified as a renewable energy source. However, it has been found that this method of generating electricity is a large emitter of methane. And, according to the Intergovernmental Panel on Climate Change (IPCC), methane (CH4) has the potential to contribute to global warming 21 times more than carbon dioxide (CO2). (Houssaye, 2015). Such is the case with Brazil’s Balbina dam.

The reservoir of the Balbina dam, located in the course of Uatumã River in the Amazon jungle, is a major producer of methane. This is due to the accumulation and decomposition of trees, plants, soil and any organic material in the wake of the flooding that formed the reservoir. This reservoir, like many located in tropical climates, is one of the largest emitters of methane into the atmosphere. (Vincent L. St Louis, 2000). 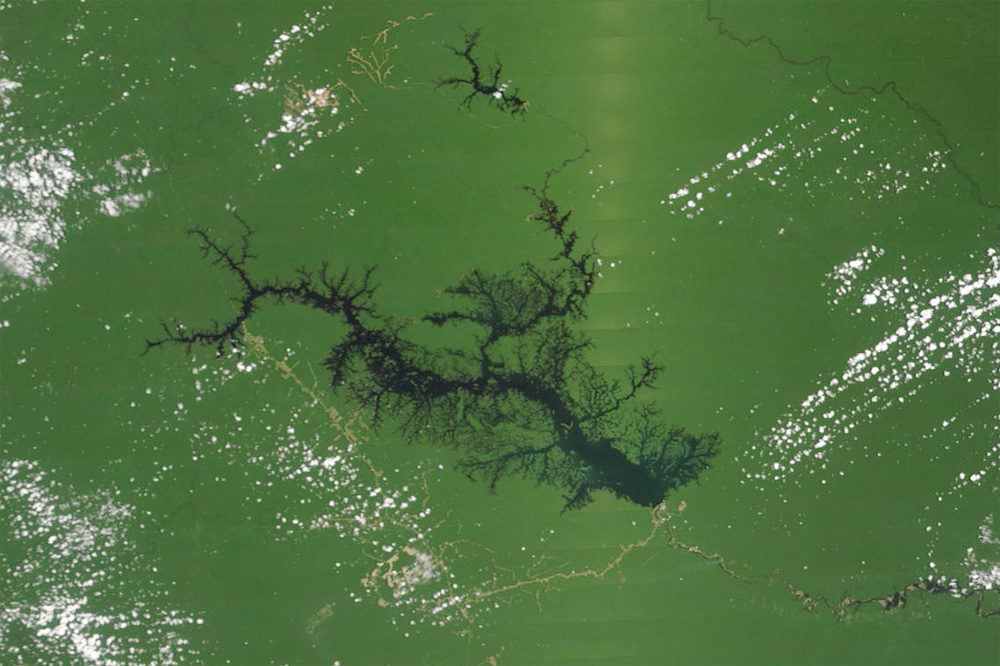 According to Phillip Fearnside, an expert on the Amazon, the Balbina reservoir emitted 23,750,000 tons of carbon dioxide and 140,000 tons of methane in its first three years of operation. To minimize methane emissions and reduce levels of water evaporation, Brazil intends to now build a solar power plant along the Balbina dam with a capacity to produce 350 MW of electricity. This will far outpace the current level of hydroelectric power generation of Balbina. 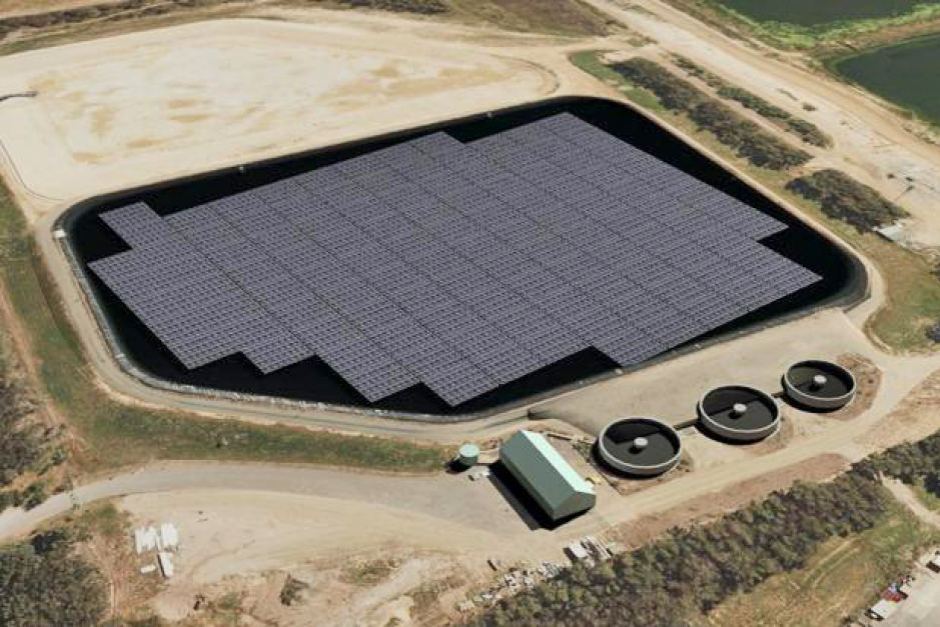 To compare the cost of the spheres with floating photovoltaic panels, it is necessary to compare these two technologies with a single unit or indicator. I will express this by dividing cost by surface area (US$/acre).

These shade balls have a diameter of about 4 inches and a unit cost of 36 cents. Given that the spheres are generally uniformly grouped, we can calculate the coverage area cost per acre of reservoir to be US$179,800.

In recent years in the United States, the price of solar photovoltaic has decreased significantly. This is reflected in the latest annual report from the Berkeley National Laboratory’s "Tracking the Sun.” According to the report, the national average for installed solar systems (greater than 500 kW) ending in 2014 cost $2.8 per watt ($/w) (Galen Barbose, 2015).

According to a report by the National Renewable Energy Laboratory (NREL) called "Land-Use Requirements for Solar Power Plants in the United States" (Sean Ong, 2013), solar photovoltaic facilities occupy an area of ​​5.8 acres per megawatt (MW). Based on these data, we find that an acre reservoir covered with solar panels could potentially cost US$482.750.

Roughly speaking, the capital cost in the first year of a photovoltaic installation per acre is triple that of one shade ball application. But, unlike shade balls, solar panels have a lifetime guarantee from the manufacturer (with up to 80 percent efficiency for about 25 years). Meanwhile, the shade balls have to be replaced every 10 years.

If either technology were used in a reservoir for a period of 25 years, the capital costs would be similar. However, the city, county or state would benefit from the reservoir producing energy if a floating solar farm were installed. This could be an excellent alternative for island nations or territories that must prioritize their land use for agriculture rather than for electricity generation facilities.

Floating solar plants could be attractive to places looking to diversify their energy mix while staving off evaporation.

Luis Armando Pagán-Quiñones has professional experience in developing renewable energy and energy efficiency projects in Puerto Rico. He is currently pursuing a doctoral degree at the University of Massachusetts and is an active member of the IGERT Offshore Wind Energy Program. He is specializing in the production of drinking water by desalination systems using offshore wind power. Follow him on Twitter: @LuisPaganEnergy.