Dead Dog Beach is notorious as a dumping ground for stray animals. Also known as Lucia Beach, it’s located in Yabucoa, Puerto Rico’s southeastern municipality. And for almost a decade, Christina Beckles has been trying to save as many of those dogs there as possible.

In 2011, Beckles founded the Sato Project, an organization that rescues dogs off of Dead Dog Beach and the surrounding area. “[We] took what was a landscape of maybe 400 dogs running in packs and new ones being dumped daily,” she said. “Horrific abuse was happening there, and if you walk on that beach today you won’t see a single dog.” 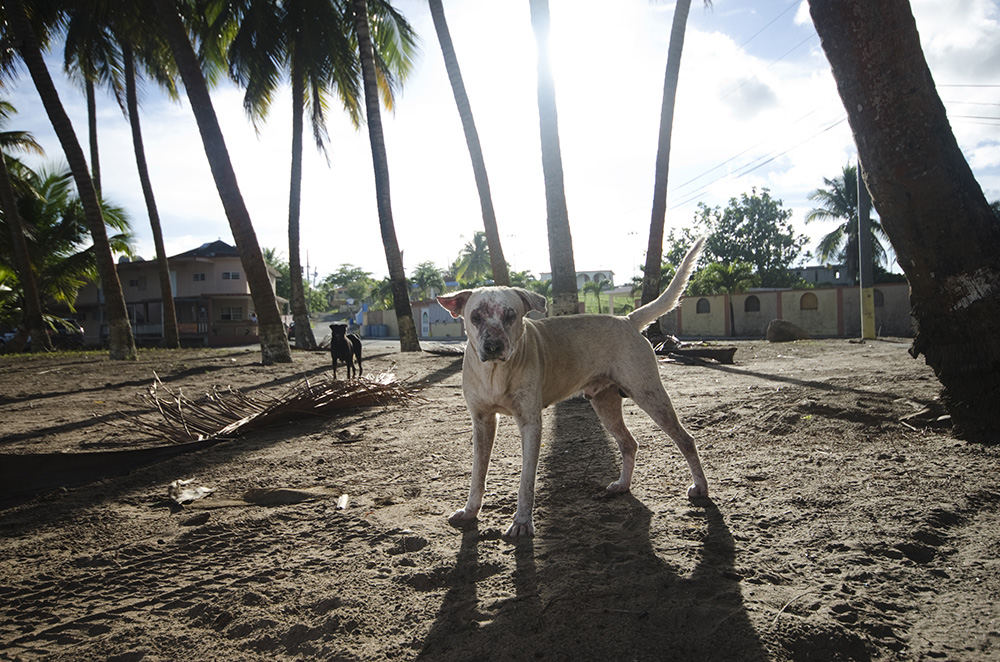 Allocating sufficient resources for the control of stray animal populations while facing extraordinary debt has always presented a dilemma in Puerto Rico. But with the unfolding coronavirus pandemic, which has 280 confirmed cases and 11 deaths as of this writing, efforts to control stray populations have ground to a halt. The island has been on lockdown since the government issued an executive order on March 15, instituting a curfew, closing most businesses, and restricting flights to and from the island.

Due to the air travel restrictions, there are over 80 dogs being hosted by the Sato Project awaiting transport to their permanent homes. The organization now faces unanticipated costs: “It’s about 10 dollars a day for 80 dogs, so that’s 800 dollars a day, and over a span of a month or more that’s a huge amount of money,” said Beckles. The organization receives no financial support from the governor or mayor of Yabucoa, she explains, “All the money we raise is done by fundraising.”

Like the Sato Project, Save a Gato, a catch and release program that spays and neuters cats on the streets of Old San Juan, relies on private donations to fund their efforts. As many people are unable to work during the quarantine, both organizations expect to suffer from a decrease in funding for the supplies and medical attention they need to operate. Furthermore, it is projected that many people on the island will be compelled to abandon their pets because they can no longer afford to keep them. Both organizations could soon be overrun by the animals they were designed to save. 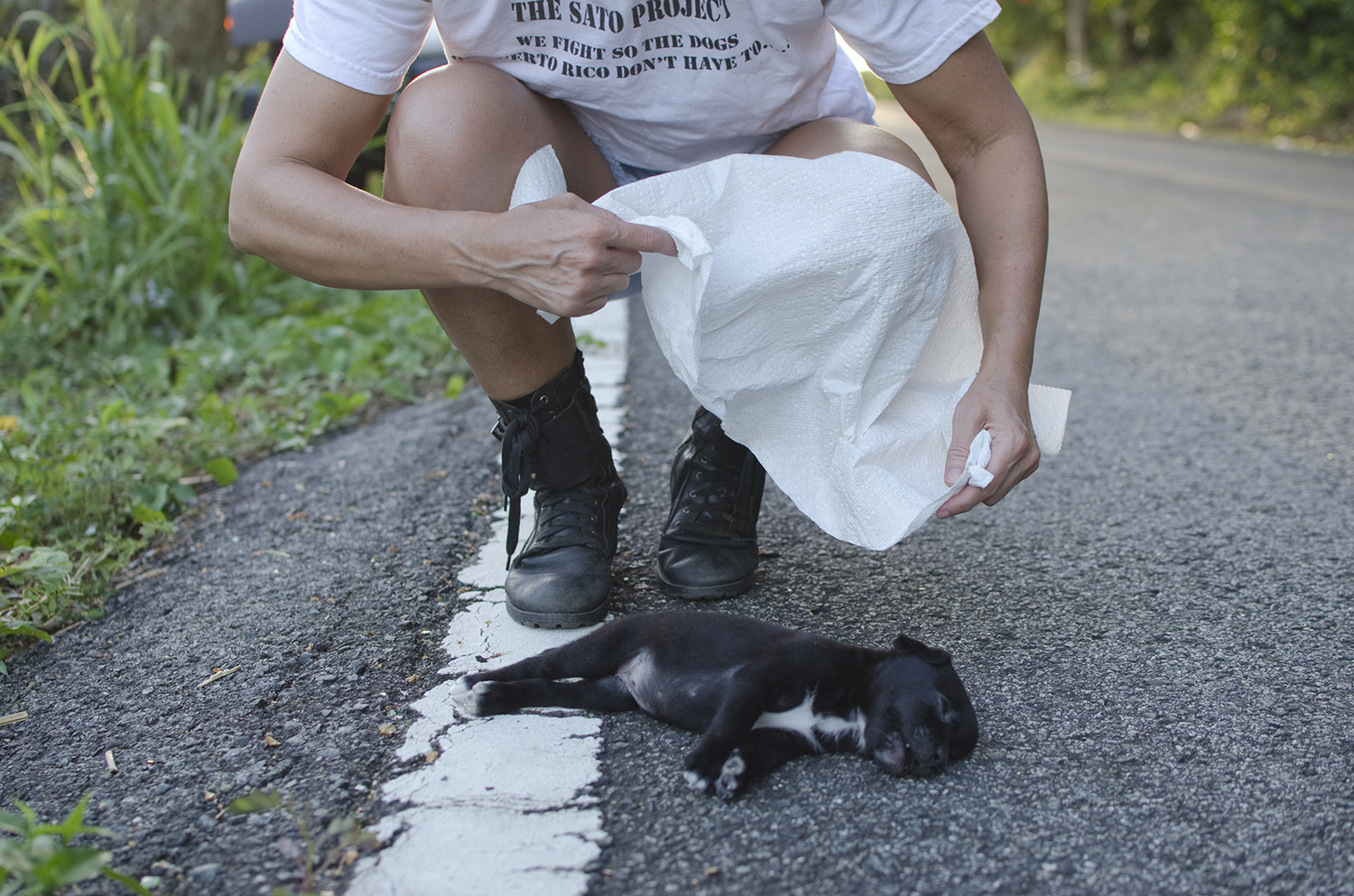 Irma Podesta, the current head of the Save a Gato program, said that there has been an increase in abandonment since the novel coronavirus outbreak. “Today I rescued a very friendly cat and two other cats in one day,” she said. ”Our organization is effective but people keep abandoning because they know about Save a Gato and they know Old San Juan residents care about them.”

The government’s response to crises, while vastly improving upon past policies, has been judged by some locals as inadequate. Historically, the Puerto Rican government has promoted euthanasia as a desperate measure because shelters simply have not been able to keep up with the rates of abandonment. “I know Puerto Rico has other problems to attend to,” said Podesta. “[But] the government and municipalities never educated or brought awareness to people about neutering or treating your animals correctly.”

The rescues faced a new challenge with the exodus of about 140,000 locals to the mainland in 2017 due to Hurricane Maria, many of whom could not take their dogs and cats with them. To address this, Gov. Ricardo Rosselló signed an executive order in October of that year allowing the Humane Society of the United States (HSUS) to take control of animal welfare. 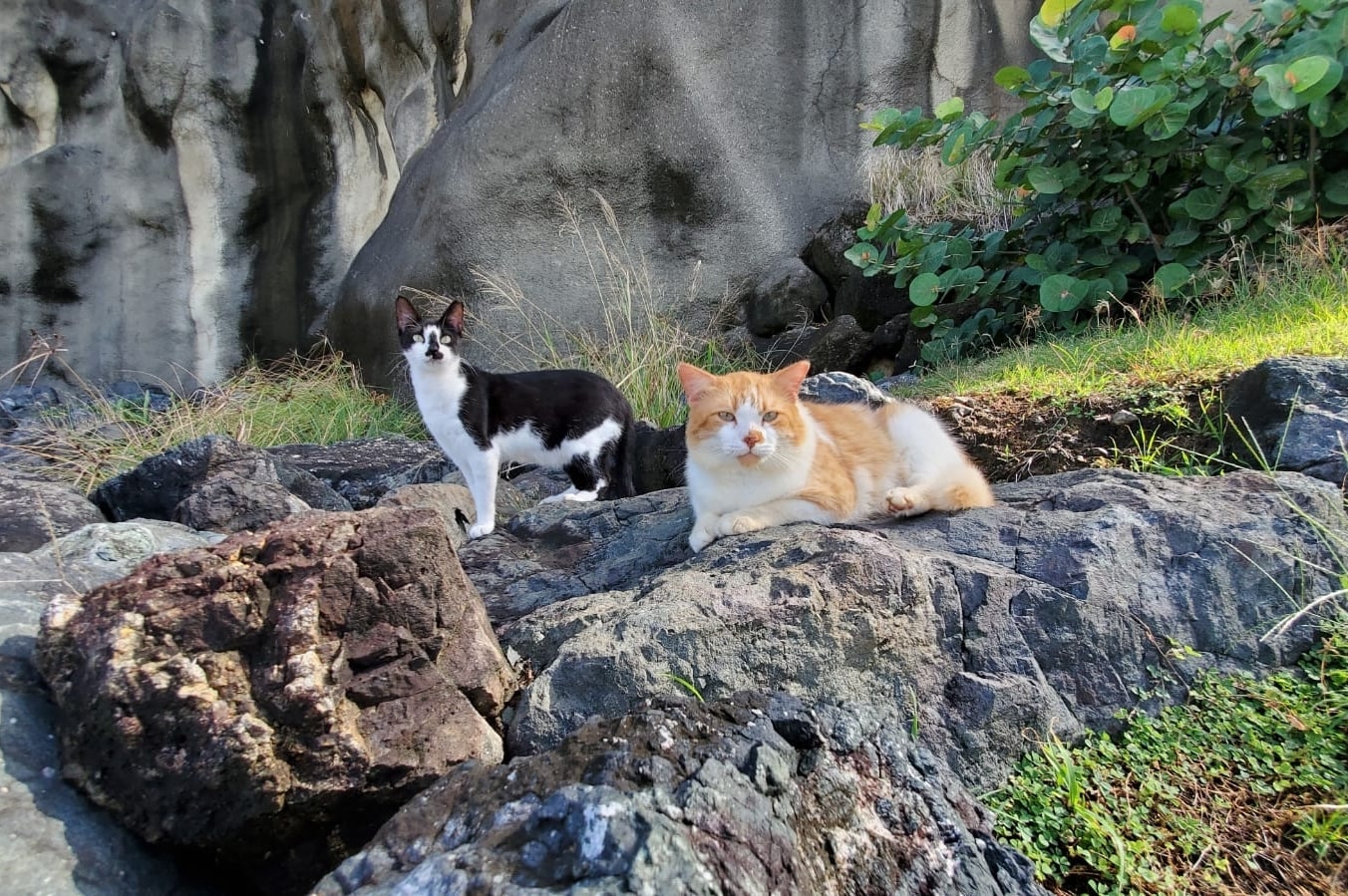 Credit: Irma Podesta, Save a Gato.

According to the Humane Society of Puerto Rico, the hurricane increased the stray population of dogs to about half a million. “We spent 18 months doing hurricane relief and worked nonstop,” said Beckles. “We rescued and transported over 1,600 dogs. It was insane.”

It is estimated that the number of stray cats rose to one million during the hurricane. “It was awful,” said Podesta. “After the hurricane...people kept abandoning cats. People kept fleeing the island and leaving the animals behind. We rescued more than 200 cats during September through February.”

After the hurricane, Beckles decided that rescuing would not be enough to control stray populations: “You know, it’s putting a Band-aid on a gaping open wound.” So she and the Sato Project collaborated with the an island-wide initiative called the “Spayathon,” started by HSUS, which trains veterinarian teams to provide vaccination, spaying and neutering at no cost to impoverished regions of the island. According to Beckles, the initiative has completed over 50,000 surgeries.

Due to the coronavirus, the next round of the Spayathon has been cancelled. But Beckles understands that she’s not alone in experiencing disappointment and financial burden. “I’m not saying our concerns are any greater than anybody else’s. It’s a horrible time for everybody.”

Monica Diaz studies Biology and Spanish at Amherst College. She is interested in animal behavior, ecology, and human-environment interactions, particularly in regions of Latin American. After college, she hopes to pursue a career in science education and literacy.