Video games are recreational products. According to recent surveys, more than a billion people play video games every day, whether on personal computers, gaming consoles or mobile phones. The quest to discover the neurophysiological underpinnings of human behavior has led researchers to assess what happens in our brain when we play video games.

It is known that video games are powerful tools to train our brains, an activity that resembles physical training. In Argentina, a research group has developed a series of video games to increase educational success in children. Recent studies indicate that video games improve the capability of the brain’s frontal lobe, which is particularly linked to the processing of attention and executive functions. These capabilities are very useful for planning, deciding, and judging morally.

It is well documented by numerous studies that frequent use (more than nine hours per week) of video games, compared to infrequent use, can benefit a wide range of mental operations.

“There is growing direct evidence that intensive use of video games results in significant generalized improvements in cognitive function,” writes neuroscientist Michael Merzenich of the University of California San Francisco in a review in Nature Reviews Neuroscience. “At the same time, it should be noted that the daily time spent playing video games in school-age children has been shown to be inversely correlated with academic achievement, arguably because time spent playing video games is time stolen from reading and curriculum-related academic study.”

Surprisingly, brain research is scarce on the actual effects associated with these benefits. But the widespread use of neuroimaging techniques to observe brain activity in real time has found that video games mobilize specific regions of this organ.

In every sense of the word, play is an enjoyable activity at any stage of life.

Play in childhood, for example, provides the first impulse in the development of a healthy life, both physically and psychologically. Playing video games, in turn, activates different regions of the brain related to pleasure, such as the left ventral striatal circuit which is an area involved in reward anticipation. In people who play more than nine hours of video games per day, a greater volume of gray matter was found in this region.

It has been further discovered that dopamine, a chemical that the brain produces, is released when we play video games. This release has been seen in abundance in the above-mentioned circuit—specifically in the nucleus accumbens, a brain structure known to play a role in feelings of pleasure, as well as with addiction.

In Argentina, the findings in relation to the use of video games is not particularly linked to the role of neurotransmitters or the observed differences in brain macrostructure. The findings relate to the potential of video games in educational contexts.

A group in educational neuroscience, coordinated by Mariano Sigman at the University of Buenos Aires, Argentina, created the Mate Marote initiative which consists of a series of cognitive training games for children of low socio-economic status who attend primary school. These games are intended to train different aspects of executive functions, such as capacity planning, as well as skills related to working memory and inhibitory control, to regulate thoughts and behaviors. The results of various assessments indicate that these games improve the functionality of executive functions which results in better school performance.

Other findings from studies with functional magnetic resonance imaging (fMRI), a device that measures levels of cerebral oxygenation, have detected a strong blood pressure in the aforementioned left ventral striatal circuit. Furthermore, it has been found that the thickness of the dorsolateral prefrontal cortex, a region associated with making decisions, is significantly larger in people who play video games. 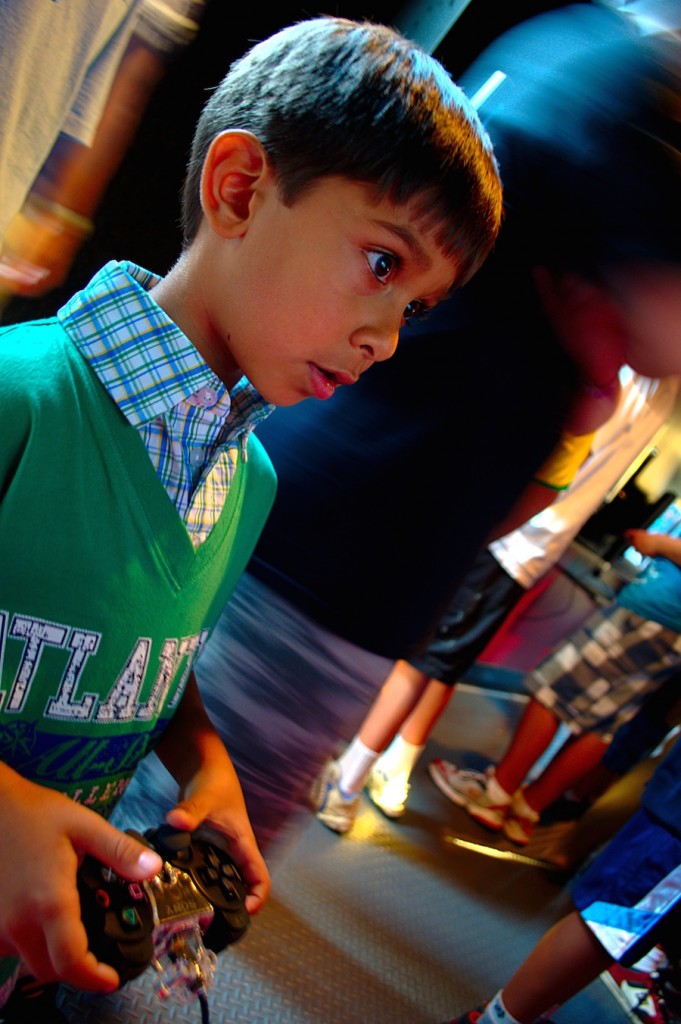 The researchers, motivated by these impressive findings, also focused on assessing what happens in the hippocampus, the seat of learning and memory. Interestingly, the increased volume of gray matter in people who play video games varied depending on the genre of video game used. Those more interested in video games such as Mario Bros., for example, as opposed to logical games like Tetris, were more likely to have a larger volume of gray matter in these regions, which are associated with better visual and attentional skills. Changes in the occipital cortex, mainly linked to the sense of vision, were also observed in video game players, although to a lesser extent.

These observations of brain mechanics represent giant steps toward understanding how experience modulates brain development. Moreover, within the debate over the use of violent video games, these findings allow us to rethink scientific information about video games having a positive impact on our personal and social lives.

The use of video games, especially in childhood and adolescence, is a recurring topic of discussion among members of the global scientific community. On the one hand, there are studies that support the hypothesis that the use of video games in these early phases of development is a risk factor in terms of increasing aggressive cognitions and behaviors. On the other hand, other studies diametrically oppose this possibility, arguing that their effects are zero and, interestingly, that they increase behaviors associated with pro-sociality and emotional wellbeing.

The research in Argentina adds to a growing body of evidence supporting the use of video games as tools for educational purposes, corroborating their practical effectiveness and supporting their cognitive benefits beyond mere entertainment. In the case of Argentina, the evaluation of the video game has been taken a step further and left the laboratory context and applied in a real educational context, which represents a pioneering effort in strengthening the ecological implications of these devices.

Leonardo Marengo is a student in the department of Psychology at the National University of Cordoba in Argentina. He currently works as a researcher in the Laboratory of Psychology. He also works at the medical research institute “Mercedes and Martín Ferreyra” (INIMEC-CONICET-UNC).

“Significant clusters of the cortical thickness correlation with hours of video gaming per week” via http://www.plosone.org/article/info:doi/10.1371/journal.pone.0091506

(6) Ferguson et al. Not Worth the Fuss After All? Cross-sectional and Prospective Data on Violent Video Game Influences on Aggression, Visuospatial Cognition and Mathematics Ability in a Sample of Youth. Journal of Youth and Adolescence. January 2013; Volume 42, Issue 1, pp 109-122: http://link.springer.com/article/10.1007%2Fs10964-012-9803-6