Farmed salmon in Chile have long suffered from parasites that interfere with the normal development of the fish. Many of these parasites are found in moderate abundance; Caligus (Caligus rogercresseyi) are the most recognized genus and the one that causes the most epidemic outbreaks in salmon farms.

Caligus or “sea louse” is a small crustacean that attaches to the surface of the skin and gills of salmon, generating significant injuries to the fish. The presence of this parasite affects both the physical development of the salmon and the quality of the product that is ultimately exported, producing great economic losses and generating annual costs of $300 million in pest control measures. Adding insult to injury, the large amounts and variety of pesticides applied to salmon farms to control these parasites represents an important source of pollutants for southern Chile’s aquatic environment.

Over the last 20 years, there have been two massive proliferation events of Caligus, which coincided with an increase in salmon production. For the control of pests, Emamectin Benzoate (PROCLAIM ® FORTE) and Deltramethrin (DECIS FORTE) have been used orally, the frequent use of which generated resistance and loss of effectiveness. At present, baths of azametifos (Byelice®) are used, an antiparasitic that manages to diminish by up to 98% the abundance of Caligus.

What happens with pesticides in the marine environment?

We know that several organisms such as fish, crustaceans, mollusks and algae, both small and large, live near the salmon farming centers and that many of them are harvested for commercialization. Likewise, most of the biomass of the ocean is made up of microscopic organisms such as bacteria and unicellular algae, which form the basis of the marine trophic chain. Therefore, it is necessary to consider and evaluate the effect of pesticides on each of the organisms that inhabit the surroundings of Chile’s aquaculture farms.

Since 2016, the LIA MORFUN laboratory with the support of centers INCAR and COPAS SA at University of Concepcion  have been studying the effects of these antiparasitic agents on groups of organisms – from larvae of mollusks and echinoderms (sea urchins) of economic importance to microscopic organisms of ecological importance (for example, bacteria responsible for consume atmospheric CO2). To study the effect of these compounds on the fertilization of eggs and the development of larvae, we work with larvae of choro zapato (Choromytilus chorus) and two types of sea urchins (Sphaerechinus granularis and Paracentrotus lividus) – all organisms of commercial importance – submitting them to different concentrations of pesticides for periods of up to 5 days. In addition, we study the effect of these antiparasitics on the abundance and activity of marine microbes and micro algae, which use atmospheric carbon in both the presence and absence of sunlight. These organisms are key to the regulation of the planet’s climate.

Our results have been quite interesting, since we have observed an important effect on the success of egg fertilization of the “choro zapato” under the influence of Azamethiphos and Deltamethrin. Interestingly, the intermediate stages (trocófora) of the larvae of the “choro zapato” had an abnormally accelerated development in the presence of pesticides. The sea urchins, on the other hand, developed malformations in their skeletons and extremities and experienced delays in growth (Figures 1 and 2).

Regarding our experiments with microbes, the pesticides tested – in particular, emamectin benzoate – affected their ability to use atmospheric carbon. On the other hand, there was an increase in the use of carbon with Azamethiphos, in waters of northern Patagonia (figure 3). According to these results, it is clear that the use of pesticides in salmon farming can affect the development of other organisms that coexist with salmon farms, since different types of disturbances were observed. Now we must investigate what specific alterations these chemicals generate in each type of organism.

We conclude that the pesticides used for the control of parasites in salmon farming can affect the development of the larvae of some molluscs and echinoderms, either in the process of fertilization of eggs or in the development of their larvae. In many cases, these effects impact species of commercial importance.

Beyond all this, we also have other questions, such as: Can these chemicals ultimately accumulate in the marine food chain? How long does it take for pesticides to disappear from the system? What are their subsequent effects? Currently, efforts are being undertaken to find other alternatives to combat these pests, such as the use of natural parasite controls (such as the Róbalo fish), which could help to avoid or lessen the impacts of these chemical compounds in the marine environment. 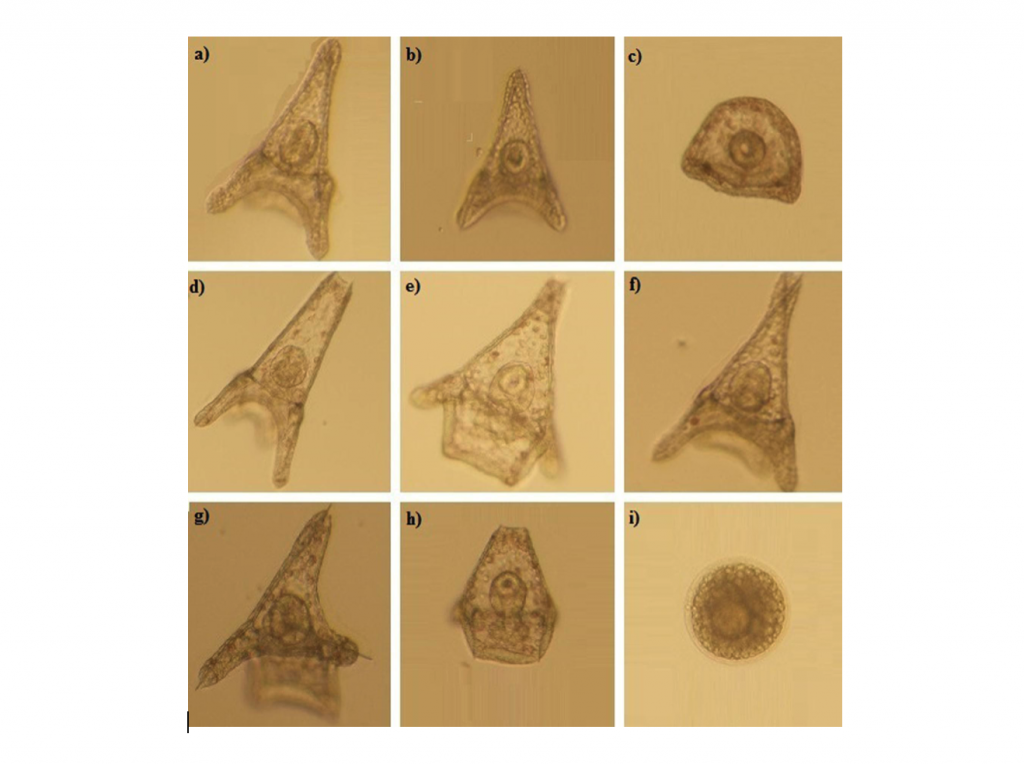 Figure 1. Developmental stages of  P. lividus larvae at 48 hours in the presence of pesticides. c) larvae with delayed development; i) larvae with malformations. scale: 10X. 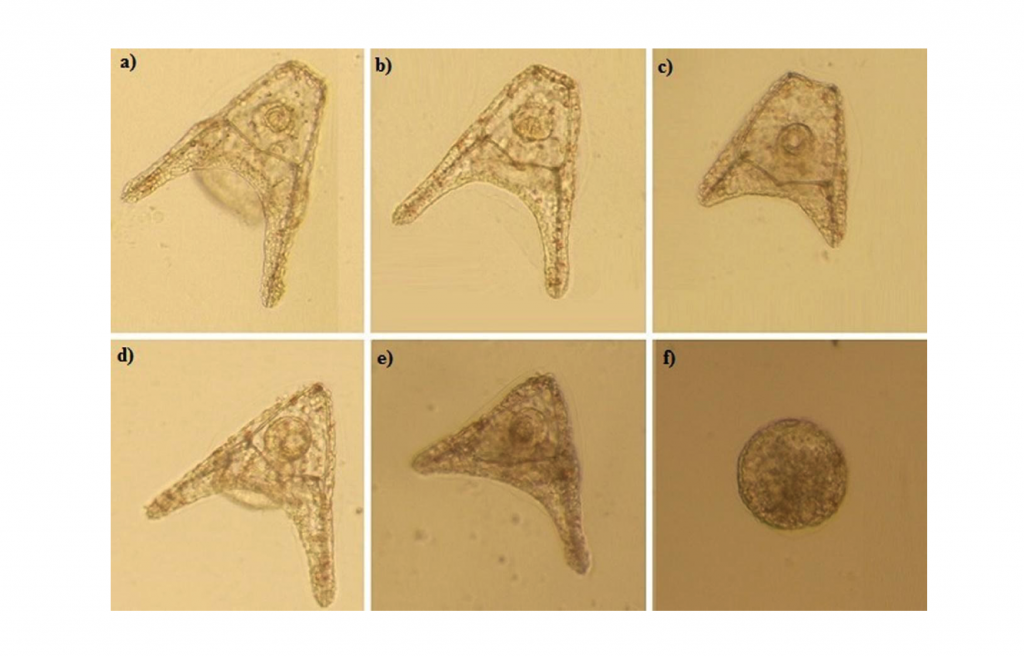 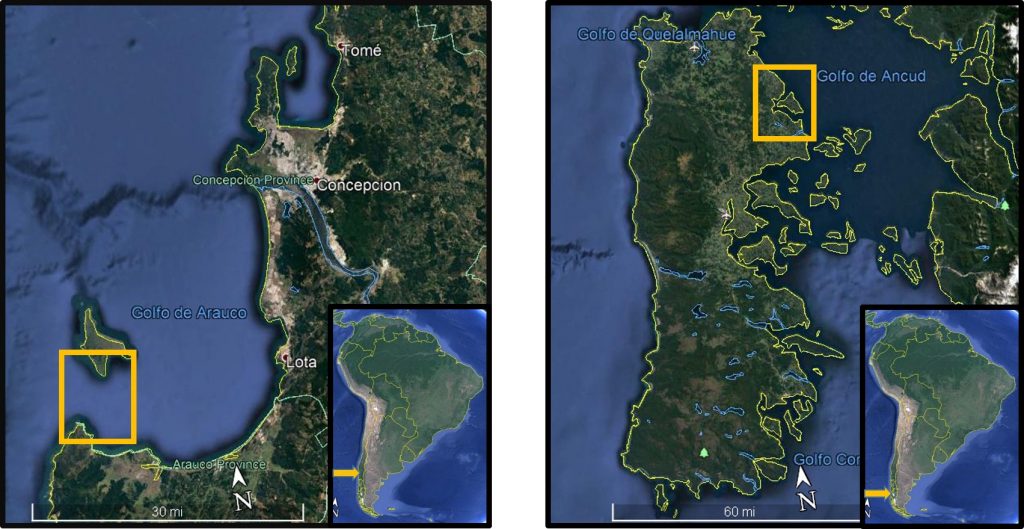