Argentine scientists are studying foraging behavior of Magellanic penguins in the Beagle Channel off the southern tip of Tierra del Fuego. The birds seem to forage in three stages: for the first and third the penguins swim in straight lines and generally during light hours and at high tide. The middle phase coincided with low tide and the penguins generally floated on the surface, conserving energy and feeding on sardines in the shallower waters. This study was published in the Journal of Ornithology. 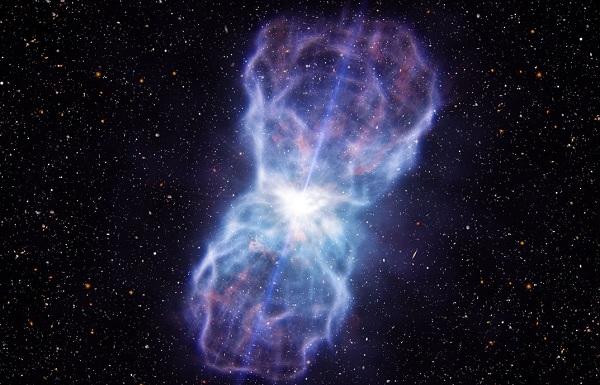 Brazil is struggling to sustain its sugarcane biofuels production. Reduced investment in the industry and criticism about devoting so much agricultural land to biofuel production have stalled growth of ethanol fuel, according to Nature News. Since 2008, ethanol consumption is down 26% and 10% of sugarcane ethanol plants have closed. The Brazilian state of Pernambuco has announced it will purchase 120 thousand tons of sugarcane from local producers to ensure there is food for livestock in times of drought and because of pressure on ethanol production.

Chile’s Very Large Telescope has recorded the most energetic quasar explosion to date. A quasar is a very energetic object found surrounding black holes at the center of galaxies. The energy released from ‘SDSS J1106+1939,’ as the quasar is named, is two million million times the output of the sun, said Nahum Arav, project leader and professor at Virginia Tech University.

A new fishing quota law has sparked more protests in Santiago, Chile. Critics of the law say it gives preferential treatment to commercial fishermen at the expense of local fishermen, reports the BBC.

Colombian coffee growers have lowered their 2012 production target to 8 million 60 kilogram bags as torrential rain has affected flowering and exacerbated coffee tree diseases. Last year, production was at a 33-year low with 7.8 million bags, thanks also to rainy conditions. A new multi-faceted investigation looking at climate change and the diseases that affect coffee plants has been put together by a group of Colombian institutions that includes the Ministry of Agriculture, the Colombian Agricultural Research Corporation, and Colombia’s Institute of Hydrology, Meteorology and Environmental Studies.

Mexico has officially inaugurated its first paleontology site open to the public in the northern state of Coahuila. In 1995, fossils were found there of a 72 million year old dinosaur seen nowhere else in the world. Velafrons coahuilensis was a herbivorous hadrosaur with a crest on its forehead.