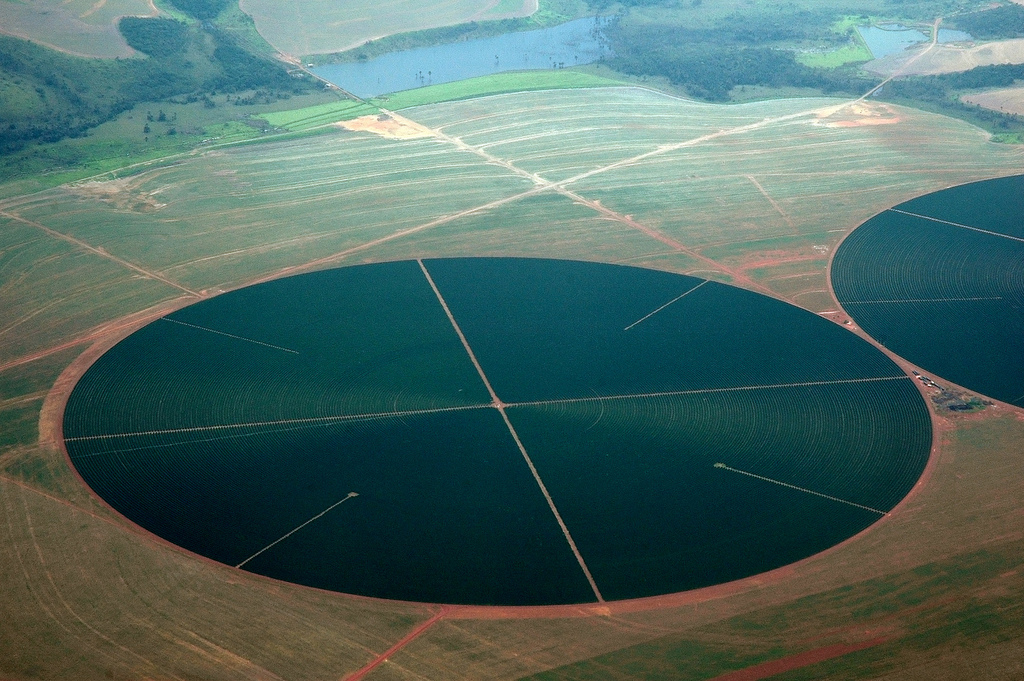 Brazil is one of the most important emerging economies in the world. It enjoys a relatively low population density with direct access to the Amazon basin, the largest reserve of freshwater and biodiversity on the planet. These strategic resources are about to be fully explored by Brazil thanks to significant investments in education, science and technology. Brazil’s emphasis on scientific development–particularly in its booming agricultural industry–has resulted in ambitious economic goals with global projection. One example? The imminent deregulation and global commercialization of a genetically modified soy variety known as Cultivance 2015. Brazil is well placed in the international soy market. Its chief buyer is China.

More interesting is the goal of engaging in a systematic exploration of Amazonian biodiversity in search of industrial applications.

Brazil’s state-run agricultural agency EMBRAPA‘s division of genetic resources and biotechnology, for example, may be able to couple this exploration with industrial-scale bioproduction in 47 million hectares (potentially expandable to 98 million hectares) of agricultural land currently available. In soybean, for example, the content of oleic acid–a hydrocarbon with commercial potential–can easily exceed 90% using genetic engineering. Furthermore, metabolic engineering in soybean can lead to the synthesis of anticancer compounds or HIV drugs. These products could possibly be recovered using available industrial-scale oil refinement protocols. It should be noted that these are not research objectives but technological realities with publications and patents that date back beyond the year 2011.

In 2013, a report detailing the characteristics of silk synthesized by two species of spider was published in the journal Nature Communications outlining the chemical properties that lead to tensile differences between silks. Simultaneously, methods for laboratory-scale synthesis of artificial silk were refined. In theory, then, engineering soy metabolic pathways to produce the chemical building blocks of silk in the right proportion could lead to the production of artificial silk in soy. Extending such principle, metabolic pathways in soy could be engineered to produce virtually anything. In short, the biotechnology needed to grow artificial silk on a commercial scale using crops exists now in Brazil.

Crudely, what the Brazilian model proposes is the first step towards petroleum-independent production using biological platforms. For this, Brazil could take advantage of the genomic, metabolic and ecosystemic biodiversity of the Amazon region to identify biological elements suitable for optimization, and test resulting bioproduction platforms within the Brazilian agribusiness apparatus.

What remains unaddressed are the consequences of extensive land use change over local and global water cycles, the resulting loss of indigenous cultural diversity, the propriety of converging systems of food and chemical production at the industrial scale, and the proper valuation of biodiversity in global markets. Consider, however, that what is underway in South America is a virtually irreversible process given the instability associated with the exploitation of increasingly scarce non-renewable resources, and the significant international investment in other major relevant projects in countries of the Amazon region.