A new dinosaur found in Patagonia, a giant Galapagos tortoise dies and another Chilean energy project is delayed

Argentine paleontologists announced this week the discovery of a new genus and species (Bicentenaria argentina) of carnivorous dinosaur found in the country’s Neuquen province in northern Patagonia. The dinosaur measured 3 meters from tip to tail and sits in the lineage of coelurosaurs, a large group that includes Tyrannosaurs and oviraptors and could have given rise to birds, points out lead researcher Fernando Novas of the Argentine Museum of Natural Sciences (MACN). 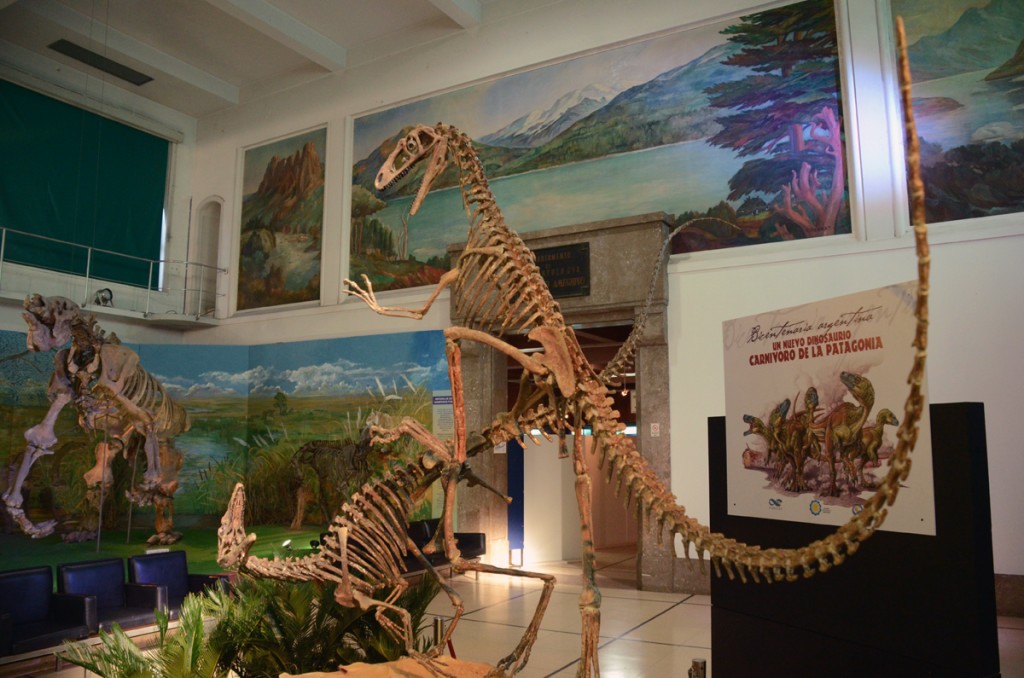 A new carnivorous dinosaur was found in Patagonia by Argentine scientists.

In an effort to lower fuel costs, Brazilian mining company Vale SA is planning on building a palm oil biodiesel processing plant in a region of cleared rainforest in the state of Para, Brazil. The plant’s proposed 175,000 hectare size will make it larger than the area of London. By 2019, the 600,000 tons of palm oil produced a year will be used to run the company’s machines, ships and vehicles. Vale SA, the world’s largest iron-ore producer, also plans to buy hydroelectric and wind power.

A $1.4 billion 740 megawatt coal-fired thermoelectric project in northern Chile was suspended when a Chilean commission rejected the energy company Endesa’s environmental impact study. Another of Endesa’s projects was indefinitely delayed last month. That project is HidroAysen—a 2,750 megawatt hydroelectric project in southern Chile—which proposes to dam up two rivers at five locations and inundate 14,000 acres of Patagonian wilderness. The dams are approved, but the environmental effects of the transmission line—which must cross nine Chilean states and zigzag around about a dozen national parks—are the cause of fervent debate and the project’s indefinite delay.

Chilean researchers have discovered sixty fossilized prints that are more than 48 million years old on one of Antarctica’s Shetland Islands. Hector Mansilla and a team from the Chilean Antarctic Institute (INACH) published the findings in the journal Antarctic Science and think the prints were most likely made by birds similar to falcons, thrushes and ducks walking along a prehistoric lakeshore.

Scientists in Chile are using bacteria to extract the remaining copper from copper mining waste. Biotech company Biosigma has teamed up with Chilean copper giant Codelco and will open a bioleaching facility at the Radomiro Tomic mine next July.

Scientists looking at the microbial community living on a former waste dump in Medellin, Colombia have found that many of the bacterial species have bioremediatory properties. The researchers plan on using the endemic species for a local bioremediation project. Their results are published in this month’s Soil Biology and Biochemistry.

Galapagos tortoise Lonesome George, an emblem of the Islands, died this week. He is believed to have been the last living individual of his subspecies (Chelonoidis nigra abingdoni) and park scientists estimated his age at 100 when he died. 20,000 giant tortoises of other subspecies still live on the Islands, reports the BBC.

Peruvian president Ollanta Humala announced last Saturday that Peru will implement stricter environmental mitigation plans for the Conga gold mine and all future mining projects in response to community protests and international auditors. The new measure guarantees year-round water supply for communities near U.S.-based Newmont Mining Corp’s new gold mine, but activists are still not satisfied. The $5 billion mine will produce up to 680,000 ounces of gold annually and is slated to open in two years.