A new butterfly found in Jamaica, Chile prepares for drought, and betting on Ecuador not to drill for oil.

Scientists using the Magellan telescope in Chile have analyzed light coming from the most distant known quasar—the very energetic center of a galaxy—and found that it appears to be missing heavy elements like carbon and oxygen. The researchers say that because it is missing these heavier elements, the quasar could date back to when the universe’s earliest stars were formed—just 750 million years after the Big Bang. 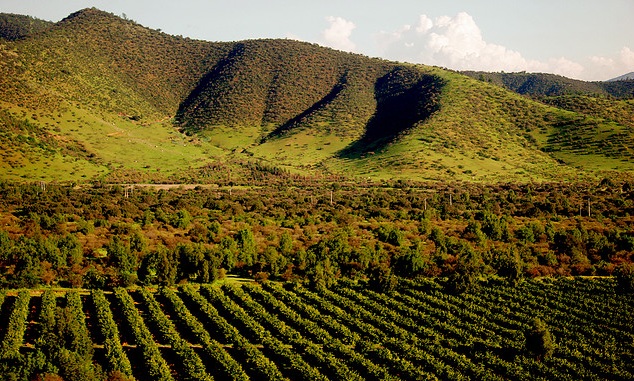 Recurring drought in Chile has forced the government to plan a $850 million ‘efficient irrigation’ system that will involve the construction of four reservoirs and irrigation canals. An editorial in Chilean newspaper La Tercera points out the challenge Chile will face with a changing climate and more frequent drought.

Chile’s ALMA telescope in the Atacama desert will be fully functional by 2013 when all 66 antennas are installed. ALMA, which stands for Atacama Large Millimeter/submillimeter Array, will have 66 movable antennas that can be aimed simultaneously at the same distant astronomical point and work in synchrony to analyze radio signals from star birth in the early universe. Early testing has already revealed clouds of cold gas around the Antennae Galaxies.

Ecuador has proposed not to drill for oil in Yasuni National Park in exchange for $3.6 billion from the international community. Only $200 million has been raised so far. AFP gives an update on Yasuni and the 846 million barrels of oil it sits on top of.

A new genus and species of butterfly has been discovered in Jamaica. Troyus turneri has a wingspan of about 1 centimeter and belongs to the family of skipper butterflies. The researchers hope the new find attracts conservation interest for the butterfly’s Jamaican habitat. “Of all the butterflies that are unique to Jamaica, this one is arguably the most unique,” said Andy Warren, senior collections manager at University of Florida’s McGuire Center for Lepidoptera and Biodiversity.

Latin America is particularly vulnerable to the proliferation of dengue fever due to a combination of factors including abundant mosquito breeding sites, high densities of human populations and warming climate with more rainfall, according to the World Health Organization’s Atlas of Health and Climate (PDF).