The Argentine company Bioceres has partnered with French biotech company Florimond Desprez to produce, initially for the Argentine and Latin America market, the first transgenic wheat crop. The product could be available for planting in 2016. The crop will use the Hahb-4 gene, involved in the synthesis of ethylene, a plant hormone responsible for senescence of plants. Crops subjected to water stress will increases the production of ethylene causing it to drop its leaves, thus preventing water loss through transpiration. 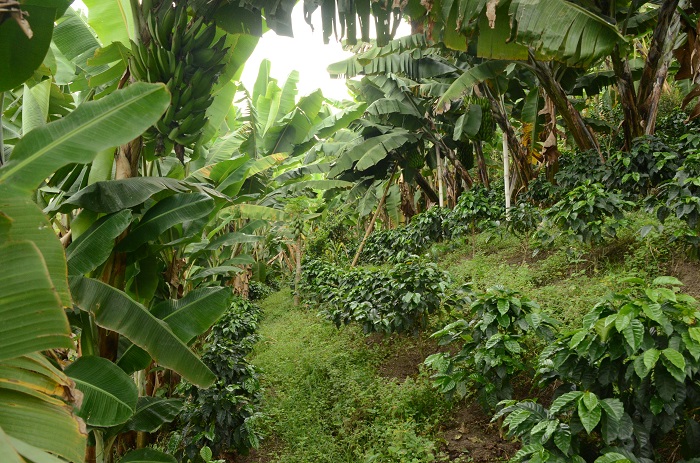 Scientists have found the 32,000-year-old remains of single-celled sea creatures more than three miles deep in the waters off the coast of Brazil. “We have been able to show that the deep sea is the largest long-time archive of DNA, and a major window to study past biodiversity,” wrote Pedro Martinez Arbizu, director of the Center for Marine Biodiversity Research in Wilhelmshaven, Germany, and author of a new study in the journal Biology Letters. The researchers say the ancient marine DNA could give clues to the history of the ocean.

Researchers are pointing to the ecological and economic benefits of shade-grown coffee. In addition to yielding higher quality coffee, planting shade-giving trees can control erosion, reduce the amount of herbicides needed, increase the amount of organic material in the soil, among other benefits, says Nicolas Frank Berguer of the Universidad de Chile’s Center for the Study of Arid Zones. Berguer visited the National University of Medellin.

LatinAmericanScience.org founder Aleszu Bajak recently explored the history and evolution of Colombian coffee and the effects of climate change on the crop. “Production has been falling since 2008 when rainy conditions set in, exacerbated by climate change. The humid environment helped the spread of a fungal disease called leaf rust currently laying waste to coffee plantations across Latin America. While Guatemala, Panama and Costa Rica are reporting more than 60 percent of production affected, Colombia was able to plan ahead, breeding a hybrid bean that was able to ward off rust for 30 years.”

A group of scientists including Luis Herrera Estrella of Mexico have discovered a carnivorous plant that seems to have removed junk DNA from its genome over the course of its evolution. While human genomes contain more than 95% junk (non-coding) DNA, the researchers discovered that the floating bladderwort Ultricularia gibba has only 3% non-coding elements.

The Nicaraguan government and UNESCO have joined forces to save the third largest biosphere reserve in the world, Bosawás, which has lost 32.5% of its forests due to human action. “Over the past five years, some 11,500 Nicaraguan settlers—including groups thought to have political ties to powerful timber-trafficking organizations—have pillaged Central America’s largest forest at the appalling rate of 200-280 acres per day,” reports TIME.