Nine Argentine scientists have been honored by Argentina’s Ministry of Science and Technology. Among the recipients were the physicist James Grigera who studies condensed matter; Mariana Maccioni, an immunologist who works with proteins of the immune system; Mario Pecheny who studies research policy, sexuality and health; and Omar Azzaroni, a biochemist who investigates systems at the liquid-solid boundary. The recipients of a lifetime achievement award are Ricardo Duran, a mathematician working with differential equations; Ana Belén Elgoyhen, a physiologist and geneticist investigating issues related to hearing; Hugo Maccioni, a biochemist working with cell surface glycolipids; and sociologist Elizabeth Jelin who coordinated the program “Memoirs of repression.” Biotech researcher Rachel Chan was awarded for the discovery of the HBH4 gene that imbues drought and salinity tolerance on crops. 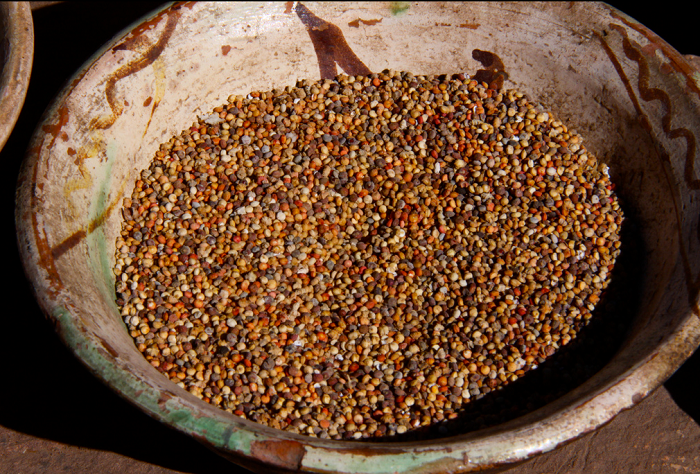 Argentina is conducting a genetic inventory of its quinoa crop to help boost commercial production. Credit: Eric Miraglia via Flickr.

Researchers at the University of Buenos Aires and the National Agricultural Technology Institute have analyzed more than 90 samples of quinoa seeds from around the country in an effort to conduct a national genetic inventory. Ventures are being developed to boost the commercial scale of quinoa cultivation. The grain flourishes in semi-arid conditions and has been a staple of the gluten-free market.

FIFA, in collaboration with the World Anti-Doping Agency, has implemented an anti-doping control measure known as the “biological passport.” This is a biological profile of each player obtained by periodic analysis of blood and urine with the aim of detecting abnormal fluctuations in their performance. Thus, each player on the Confederations Cup teams must undergo a blood test to act as a control test for the rest of the championship, which will also be compared with samples collected from the South Africa World Cup of 2010, to determine possible sanctions for those who violate the regulations. The biological passport will also be used in the 2014 World Cup.

Scientists have found new species of coral in Chile’s Patagonian fjords. Chile’s corals differ from those found in New Zealand, Norway and Canada in that they are brighter colored and found in shallower waters (7 versus 40 meters). A group of scientists based at the Huinay research center in southern Chile have been studying the country’s coral species.

An industrial designer at Chile’s Center for Advanced Innovation is combating poverty with science. Alfredo Zolezzi has developed a membrane to purify contaminated water, a recurring problem in poor communities in Chile and across Latin America. “We want to bring this technology to every corner of the planet living with humanitarian problems like lack of water,” says Zolezzi.

Scientists at the University of Costa Rica have set up cameras and scanners to document species in situ, particularly orchids. Orchids are renowned for being difficult to grow outside their natural habitat. This research hopes to improve orchid conservation.

The Pew Research Center has chosen 10 Latin American scientists for its Latin American Fellows in the Biomedical Sciences fellowship. A complete list of the fellows can be found here.

An international team of archaeologists discovered a Mayan city in Campeche that dates back 1,400 years. The site was named “Chactún,” a Mayan word meaning “red stone” or “large stone,” and has three monumental complexes covering an area of 22 hectares. They observed numerous pyramidal structures and a palace including two ballgame courts, patios, plazas, carved monuments and residential areas.

Next August, Panama will count itself among the countries growing transgenic crops when it plants 2,500 bags of maize–production intended exclusively for animal feed. The National Biosafety Committee is considering approving transgenic rice as well.