Scientists at the National University of San Luis are studying a fossilized insect that was molting 110 million years ago during the Cretaceous Period. The insect, of the Notonectidae family, lived under the water’s surface and exhibited predatory habits. The fossils found were compared with their living relatives and identified the current species Notonecta. 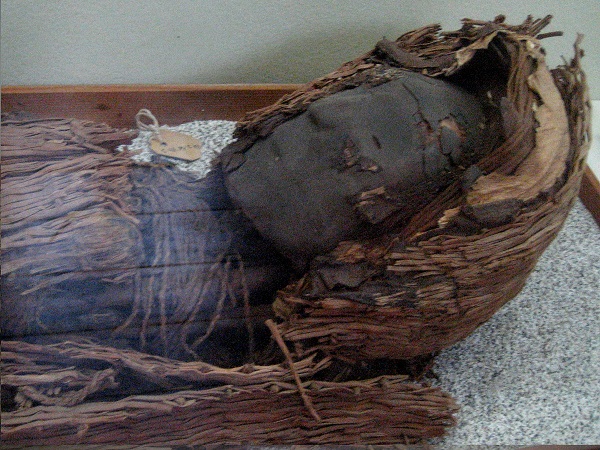 A team of researchers from the Universidad Nacional del Sur applied game theory and real options theory to define investments in Argentina’s state-owned oil company YPF. Game theory looks at all the options for a given scenario and the second allows one to infer the actions of other entrepreneurs.

The International Society for Cardiovascular Researchers has recognized the medical path of Mattiazzi Alicia, distinguishing him with the annual award for his contributions in cardiovascular research, especially in the effects of kinase inhibition in protecting the heart. Work here.

Argentina refuses to inform Paraguay on a nuclear reactor it is planning along the border.

A group of researchers from the National University of Cordoba highlighted the role of testosterone in the prostate muscle cell protection. These results warn of the drop in hormone levels with age and the possible need for medical treatment. Study here.

The Ecuadorian government is conducting a survey to learn about the state of science, technology and innovation in the country and thus pose new public policies that would encourage public and private funding.

CINVESTAV Scientists working on the Large Hadron Collider participated in the observation of the B meson decay, a process which indicates more physical explanations that the Standard Model.

By sequencing the mitochondrial DNA of several subspecies of white-tailed deer, scientists from the National Polytechnic Institute of Mexico are trying to design management strategies for sport hunting and conservation of the subspecies most susceptible. Study here.

In its collection of echinoderms (marine invertebrates), Mexico’s UNAM has over 100,000 specimens, some now extinct. This vast collection includes Mexican species and donations from other countries.

Mexican researchers are developing a flu vaccine by modifying viral DNA. The vaccine will be universal and thus can be applied to pigs, poultry, pets and humans.

The fungus Phytophthora infestans causes huge losses in potato production in Colombia. So researchers at the country’s National University and colleagues at McGill University in Canada used molecular biology techniques to introduce resistance and also improve other nutritional characteristics to the potato plant.

A new cancer drug named RJLB14 is being developed in Cuban state laboratories and is in early trials.