An international team of scientists will study the melting of Antarctica’s Pine Island Glacier, which is currently melting at a rate of 6 centimeters per day. The team will measure glacier’s motion, map the bed of the glacier and explore the geology beneath the ice. 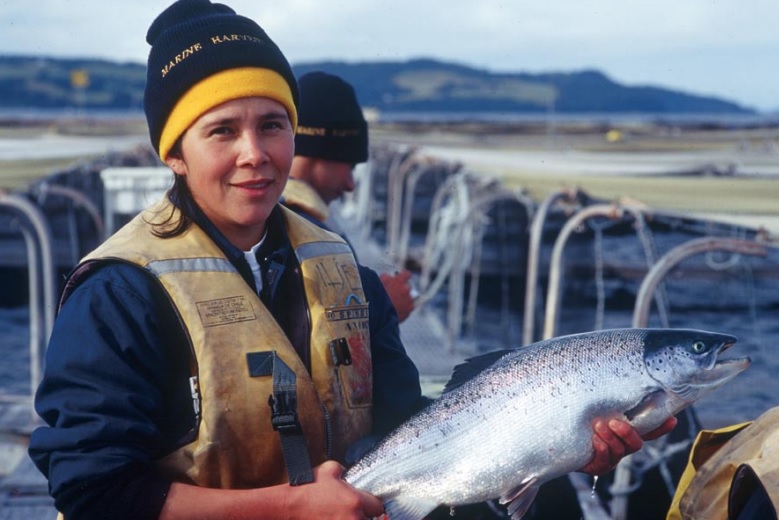 Scientists are studying a virus that has spread through Chile’s salmon farming industry. Credit: SERNAPESCA.

The National Institute of Agricultural Technology created a silo for grain drying with natural air and low temperatures which reduces the risk of over-drying and purports to achieve maximum energy efficiency. The system was designed for high value grains like popcorn where it was found that the grain quality was higher when using this drying system.

The FAO and ECLAC are working with Central American governments to implement tools to mitigate the effects of climate change. Among them is the kit for Regional Agricultural Prediction, already launched in Asia, which consists of software that predicts yields considering the risks and impacts of climate change.

Chile’s Aquatic Biotechnology Center has found important clues about how to predict mortality of salmon from the ISA virus, which has greatly affected farmed salmon populations. The researchers managed to clarify, with bioinformatics tools, the role a segment of the virus plays in infection. ISA stands for Infectious Salmon Anemia virus, which mutates rapidly and has spread in Norway and Chile.

The International Center for Tropical Agriculture is working with Colombian cassava farmers in order to produce ethanol capable of providing electricity to their remote rural communities.

Mexican physicians and physicists are working together to create an implant that provides dopamine dosing in the brain of patients with Parkinson’s disease. The implant was successfully tested in rats and will is moving ahead in clinical trials.

UNAM scientists have begun pre-clinical studies of a compound that inhibits the development of brain tumors. The compound, known as RU486, is a contraceptive hormone progesterone antagonist.

UNAM researchers are working on building a satellite designed to measure air pollution. The project has the support of NASA and MIT.

The Smithsonian Tropical Research Institute in Panama discovered a new species of coral in waters within the mountainous area of Coiba National Park. Siedenburgae eugorgia is a soft coral colony that is bright pink with light-colored thick branches.

Peru’s Ministry of Agriculture will launch the National Quinoa Center in order to address breeding programs intended to increase yield and quality of seeds. The center will be located in the southern region of Puno.

Spanish and American scientists have found five new species of cold-water coral in the South Atlantic. The work took several years and is part of the Atlantis project which studies vulnerable marine ecosystems and their interactions with fisheries.