Heavy rains have affected more than 9,600 families in Bolivia, says the country’s minister of defense. Flooding, landslides and lightning storms have caused the deaths of 18 people in Bolivia. 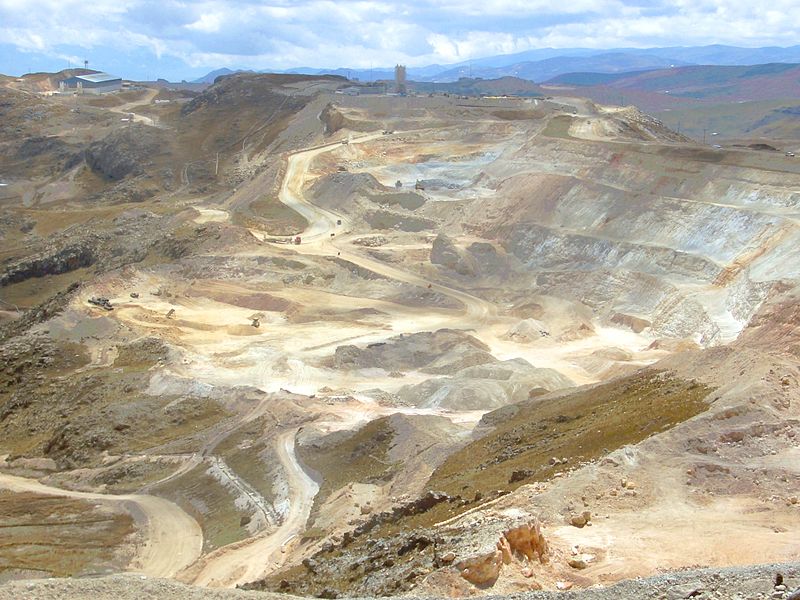 The $5 billion Conga gold and copper mine could open close to the Yanacocha mine in Peru. Photo via WikiCommons.

A Chilean town in the Atacama desert has uncovered several mummies from both its graveyards, some 2,000 years old. The municipal museum of anthropology in Quillagua is now exhibiting the mummies, which were found during a construction project. The bodies, between 700 and 2,000 years old, were not prepared for mummification but rather were preserved by the dry conditions of Chile’s Atacama desert.

Paraguay has shut off access to Lake Ypacari in the center of the country due to a cyanobacterial bloom that’s spread throughout the lake. The bloom—caused by sewage and effluents being pumped into the recreational lake—has killed hundreds of fish, according to Paraguya’s secretary of the environment, Heriberto Osnaghi. The government is launching a massive remediation campaign.

Mining companies, the Peruvian government and locals have been drawn into deadly battles over water supplies in Peru’s Cajamarca region. Clashes between federal troops and local protesters have left several dead. Human rights organizations claim as many as 16 people have died since September 2011 in the fight over Peru’s Conga mine—a planned $5 billion open-pit copper and gold mine that will draw away precious water supplies from locals. Construction on the Conga mine was suspended last year following similar protests. In Chile, copper mining uses approximately 28 liters of water to make 0.5 kg of copper, according to Bloomberg.

The Peruvian government has declared a state of emergency in Arequipa, the country’s second largest city, after heavy rains damaged much of the city and left over 50,000 people affected.

At least fifty sea lions have been intentionally poisoned in Peru since mid-January, according to Peruvian ministries. Nonprofit conservation group ORCA blames the government for negligence and allowing fishermen to kill the animals.