Argentina has created its first marine protected area south of the Falkland Islands. 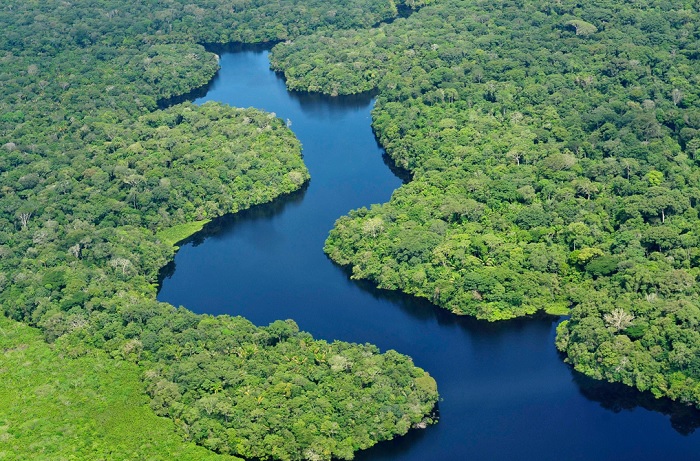 A Colombian scientist is studying climate change and the carbon cycle in the Amazon. Credit: Neil Palmer/CIAT via Flickr.

Seagulls continue to feast on Southern Right whales off Argentina’s Patagonian coast. One theory for the strange behavior is an overpopulation of gulls caused in part by the bustling tourism industry.

A marine bacterium is being exploited for its antimicrobial activity to treat infections by inhibiting communication between pathogens. A study by the University of Valparaiso indicates that this bacterium can produce molecules at low cost for use in clinical applications or for coating surfaces on medical devices such as catheters.

A Colombian scientist is looking at climate change in the Amazon. Camilo Ponton from the University of Southern California is studying the Amazon carbon cycle: the concentrations of carbon transported from the rainforest to the ocean.

Scientists are sifting through the ruins of Santa María la Antigua del Darién, the oldest Hispanic city in America. Discovered in 2002 and located on the border between Colombia and Panama, the city has yielded swords and horse saddles to archaeologists from the Colombian Institute of Anthropology and History.

After five years of searching, a new species of orchid has been found in Costa Rica.

Mexican researchers are engineering a wood-burning stove for use in rural areas that burns recycled biomass and creates fertilizer.

Pharmaceutical company Roche is in Mexico studying a monoclonal antibody that could detect and prevent neurodegeneration caused by Alzheimer’s disease. People involved in the study did not have the disease but exhibited symptoms such as memory loss.

Paleontologists at Mexico’s UNAM have found a lizard preserved in a piece of amber in Chiapas. The fossil, which was found with pieces of skin and soft tissue, dates back 23 million years. It has been preliminarily classified within the genus Anolis (arboreal lizards).

500 tons of fish were poisoned in Jalisco, Mexico by hundreds of gallons of molasses from a cattle feed production plant.