The West Antarctic began to form approximately 22,000 years ago according to a study recently published in the journal Nature. They found, while analyzing a block of ice two miles deep, that a part of the white continent was formed long before the rest of the continent. 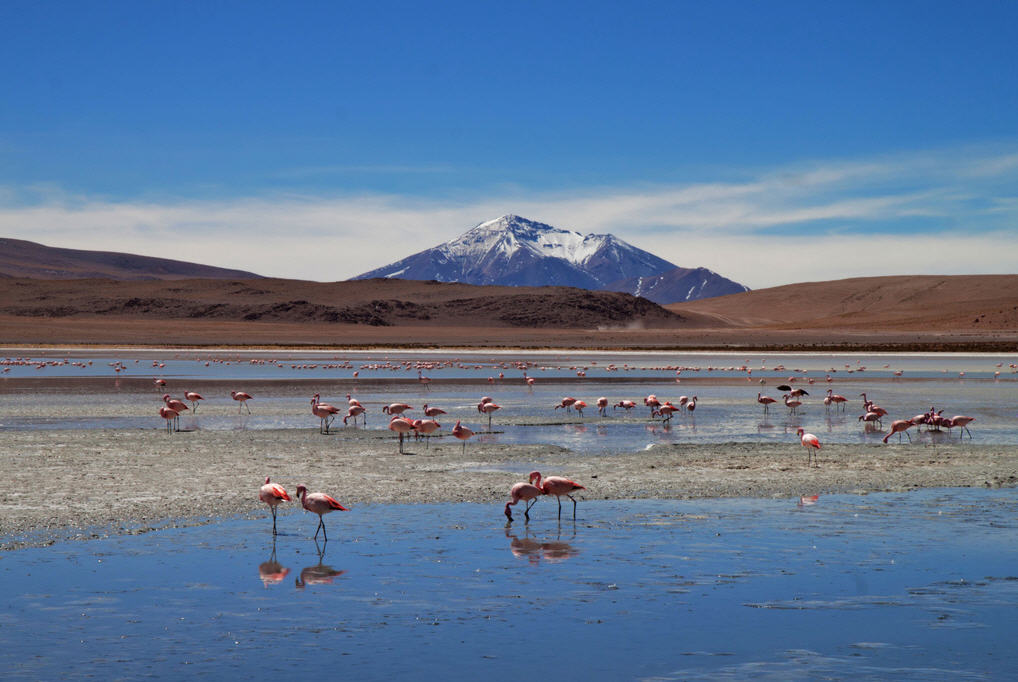 Bolivian scientists are not happy that their government has outsourced to foreign researchers the study of extremophiles in the salt flats of Bolivia. Credit: Rabbit Hole via Flickr.

The South Atlantic, specifically the Gulf of San Jorge, will be studied jointly by Argentine and Canadian scientists, says the Ministry of Science and Technology of Argentina. The project will start in January 2014, will be done aboard the ship Coriolis II and require an investment of one million dollars.

For 10 years the Faculty of Agronomy at the UBA has been working with farmers in the municipality Daireaux, located 400 km from Buenos Aires. Through tax benefits, producers are encouraged to conserve soil and rotate crops in addition to adopting traditional farming practices in the area. The producers involved in the project have seen significant improvements in organic matter content and soil stability.

A group of scientists in Cordoba has created an innovative technology that allows people with physical disabilities to switch on the lights or lower the blinds in their homes through a system that decodes their brainwaves and transforms them into intelligible orders.

11 years ago, scientists at the Universidad Mayor de San Simon discovered extremophile organisms in the salt lakes and lagoons of Bolivia that have been useful for the production of bioplastics. Some of those same scientists were unhappy about the recent announcement that their government was hiring foreign researchers to study the same subject.

The International Bat Research Congress was held recently in Costa Rica and gathered more than 650 specialists from 55 countries. They concluded that the loss of forests and and human encroachment were the main threats facing the species. Bats provide pest control and even help pollinate some plant species.

An Ecuadorian engineer has invented a device that can be installed into any vehicle engine and reduce fuel consumption and thus pollution. The system increases combustion efficiency to levels between 95 and 98%, which allows the byproduction of carbon monoxide and carbon dioxide to be minimized.

A researcher digging through Smithsonian archives has discovered a new species of mammal from the forests of Ecuador and Colombia. The olinguito, related to racoons, is solitary and nocturnal.

The first Latin American neurosurgeon to be honored by the World Federation of Neurosurgical Societies is Mexican. Mauro Loyo Varela has created 53 surgical tools and three original techniques in neurosurgery.

A group of Panamanian and foreign scientists have managed to breed golden frogs in captivity. The conservation of this endangered species has become important due to its susceptibility to a fungal pathogen.

The Children’s Museum of Caracas has been awarded the Pietri Arturo Uslar prize by the newspaper El Nacional for its work in training educators in the area of ​​science. In six years, they’ve trained over 7,000 teachers to use the museum as a classroom.