An avian flu epidemic in Mexico, the ongoing cholera outbreak in Cuba and genetically-modified mosquitos to be released in Brazil ARGENTINA Argentina is planning on building a 173 square mile wind farm in Chubut province, Patagonia. The China Development Bank Corp. has offered a $3 billion loan to Generadora Eolica Argentina del Sur (Geassa) for … END_OF_DOCUMENT_TOKEN_TO_BE_REPLACED 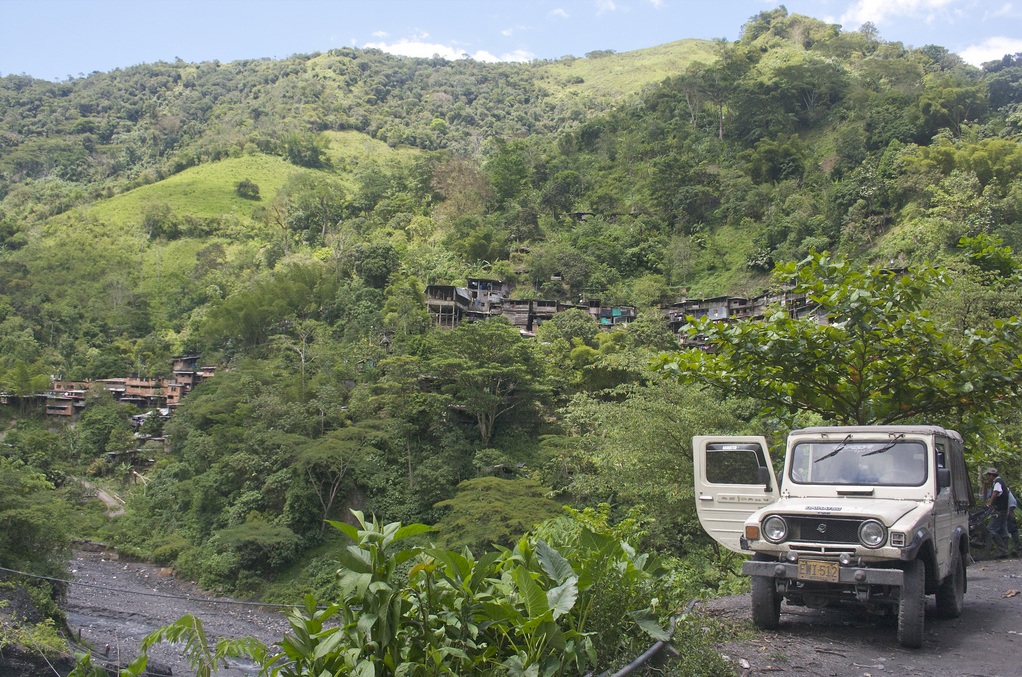 Argentina upholds glacier protection law, a Colombian volcano is still rumbling and a scientist says northern Chile is due for a large earthquake. ARGENTINA Argentina’s “glacier law,” designed to protect water reserves and limit mining activity on and near glaciers in the country’s Andean west, was upheld by the Argentine Supreme Court this week. In … END_OF_DOCUMENT_TOKEN_TO_BE_REPLACED

A new dinosaur found in Patagonia, a giant Galapagos tortoise dies and another Chilean energy project is delayed ARGENTINA Argentine paleontologists announced this week the discovery of a new genus and species (Bicentenaria argentina) of carnivorous dinosaur found in the country’s Neuquen province in northern Patagonia. The dinosaur measured 3 meters from tip to tail … END_OF_DOCUMENT_TOKEN_TO_BE_REPLACED

Rio+20 Summit, cropdusting lawsuit and other environmental stories BRAZIL On the eve of Brazil hosting three days of environmental awareness and global strategizing, hundreds of demonstrators gathered along the Xingu river in the Amazonian north to protest the US$16 billion Belo Monte hydroelectric project, slated to open in 2015 and ramp up to full capacity … END_OF_DOCUMENT_TOKEN_TO_BE_REPLACED 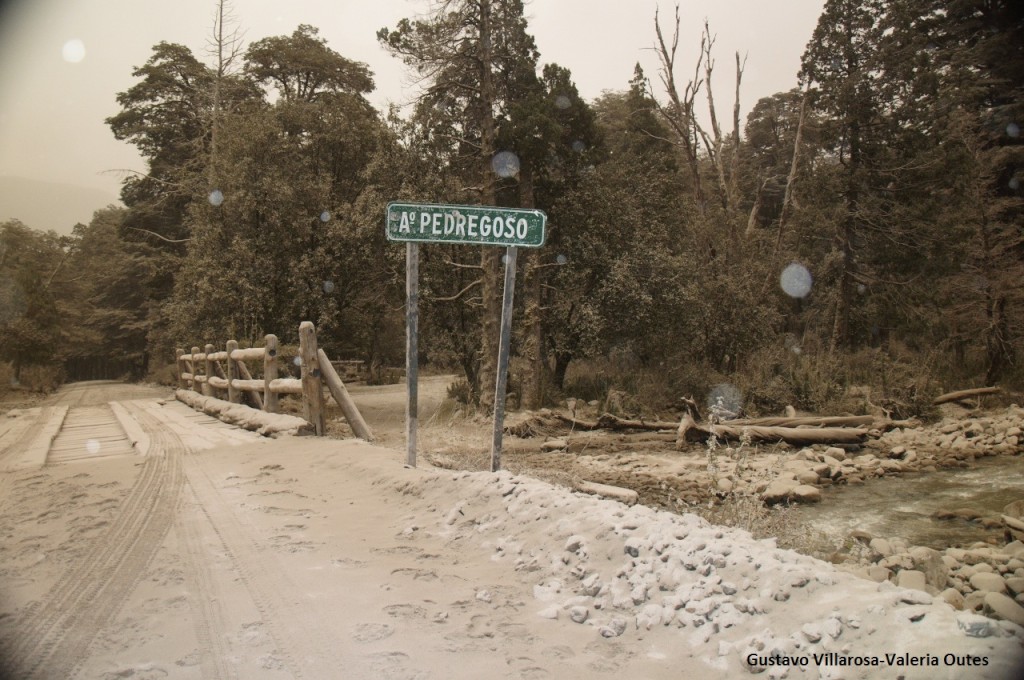 On June 3 2011, Patagonia cracked open. A thick brown cloud of ash shot nine miles into the air, ejected from the Puyehue-Cordón Caulle volcanic complex in Chile’s lake district. Within hours, ash was raining down on both sides of the Argentine-Chilean border, forcing schools, roads and airports to shut down. Now, more than nine months later, the complex is still rumbling and sending ash billowing into the Argentine resort towns of Bariloche and Villa La Angostura.

Puyehue-Cordón Caulle sits along an eighteen-kilometer section of the Andes about 100 kilometers east of Osorno in southern Chile that churns with volcanic activity. It has more than 60 historically or potentially-active volcanoes. Last June’s erupton didn’t originate in a single crater but came from many fractures and fissures. One hundred million cubic meters of pyroclastic material were released per day in the initial phase of the eruption, according to Chile’s National Geology and Mining Service (Sernageomin). 3,500 people were evacuated from the immediate vicinity in Chile and towns as far as Bariloche in Argentina—about 130 kilometers away—were blanketed in a foot of volcanic ash that short-circuited power lines and closed highways.

“We’re going to be paying for this for years,” says Gustavo Villarosa, a volcanologist based in Bariloche at the National University of Comahue. The ash fouled the city’s sewage treatment plant and municipal water purification system, says Villarosa. “The pumps corroded, the filters were blocked up” Local officials had time to plan for the eruption but didn’t, he says.

END_OF_DOCUMENT_TOKEN_TO_BE_REPLACED 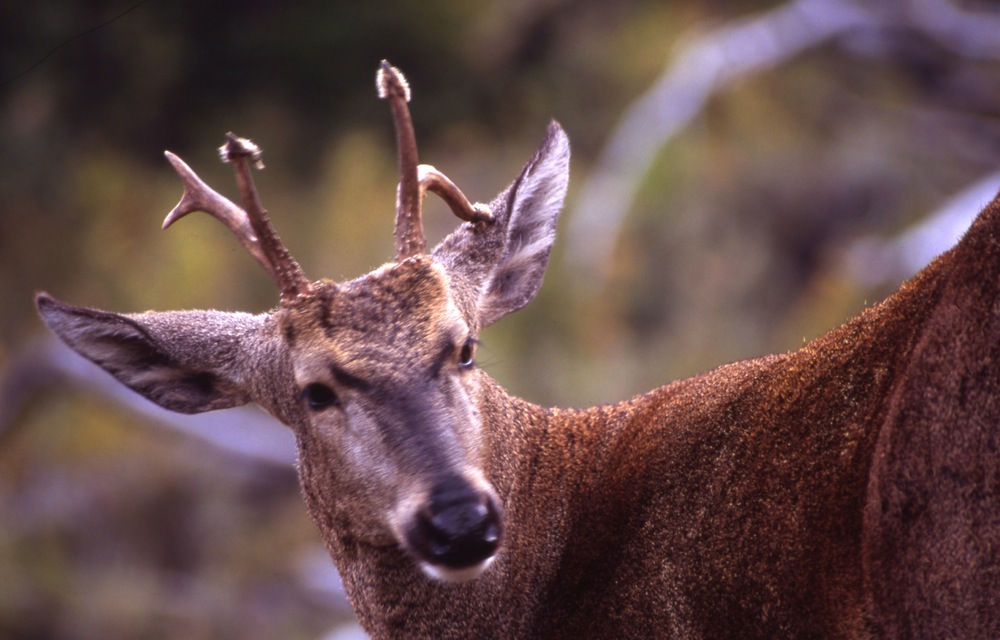 Patagonia’s endangered huemul has its share of predators. Pumas, foxes, and the occasional poacher are expected, but a new threat has become a hounding concern in Chile’s Aysen region. Dogs belonging to residents living near Lake Cochrane are killing young fawns, and injuring and sometimes killing adult huemul.

The huemul is a rare creature in the Patagonian landscape. An Andean deer that bears a strong resemblance to North American deer, the huemul (pronounced weh-MOOL) tends to live in much smaller groups. They are also docile creatures, a characteristic that may have sealed their fate.

“You can almost reach out and touch them,” says Paulo Corti, an animal ecologist and veterinarian at Chile’s Austral University in Valdivia. He’s been tracking huemul populations since 2003 and estimates there are fewer than 2,000 left, living in 12 fragmented populations along the Argentine and Chilean slices of Patagonia, the largest of which lives in Chile.

Since the arrival of Europeans in the 1500s, the huemul population has been in slow decline. Once abundant from central Chile to Tierra del Fuego, hunting initially cut huemul numbers in half. Now, the patchy Patagonian forests they inhabit are continually being converted to farmland.