A hole in the ozone has changed Patagonia’s weather. Less rainfall is having an effect on the region’s forests that is unprecedented in the past 600 years. Writing in the journal Nature Geoscience, an international team of scientists compared growth rings from 3,000 trees in Patagonia, Australia, New Zealand and Tasmania. Patagonia’s tree growth was the most stunted, which Argentine lead author Ricardo Villalba attributes to a hole in the ozone and changes in the southern hemisphere’s Southern Annular Mode, an atmospheric pressure gradient. “The abundant precipitation of northern Patagonia have been pushed south and so we’re seeing less rainfall in the area,” says Villalba. 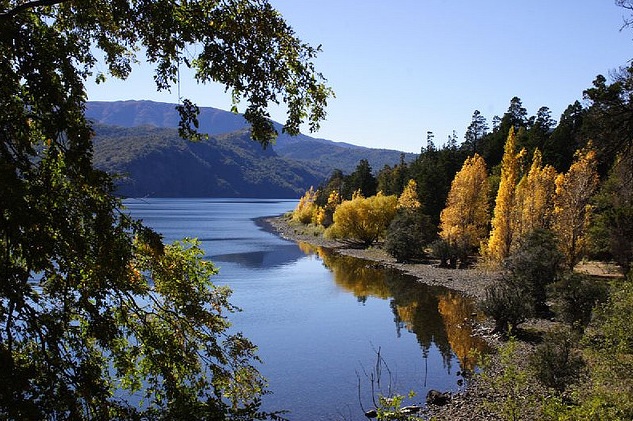 A hole in the ozone above Patagonia is affecting the region’s forests. Credit: Christian Ostrosky via Flickr.

Bean and corn production in Central America is at risk from climate change, says the International Tropical Agriculture Center. The report (PDF here) forecasted annual losses of US$100 million if average temperatures keep rising. In interviews conducted by the study authors, local farmers expressed more concern about year-to-year changes like the El Niño and La Niña effects than about 20 year forecasts, said Peter Laderach, coauthor of the report.

Colombian scientists are looking at producing biofuels from banana and yuca (cassava) farming byproducts. Researchers say 5,000 liters of biofuel can be produced from 1 hectare (2.5 acres) of yuca or banana fields. Colombia’s current biofuel production capacity is a little over 1 million liters per day, mostly from sugarcane. The yuca and banana biofuel research is being conducted by investigators at the University of Antioquia and the National University of Medellin.

Yesterday’s 7.4 magnitude earthquake in Guatemala has left more than 50 people dead. It was the hardest quake to have hit the region since 1976.

Peru’s tropical glaciers have shrunk by 20-30% since 1970. Scientists are looking at how the glaciers recharge and where the meltwater goes. This kind of research will help investigators get a sense of how glaciers are changing. In Peru, hundreds of thousands of people dependent on them for water.

Peruvian researchers have identified a grain that they claim has the highest concentration of omega 3 fatty acids of any grain in the world. The Huayllabambana grain from Peru’s rainforests is rich in un-saturated omega 3 fatty acids, also known as fish oil, that is said to confer health benefits and has been shown to be involved in neural processes in the brain.

The collapse of the Caribbean’s sardine fishery over the past decades is due to climate change, says a new study published in the journal Proceedings of the National Academy of Sciences. Venezuelan sardine catches have dropped from 200,000 tons in 2004 to less than 40,000 tons. Plankton levels have dropped and overfishing has increased, putting pressure on the region’s sardine fishery.